Curiously the reason that we have the yom tov of the “seventh day of Passover” is not detailed in the written Torah. However, the Midrash tells us that the miracle of the Red Sea splitting took place seven days after the Jewish people left Egypt. What is more, we can be sure that it is no coincidence that the ancient rabbis included in the Torah reading for holiday the entire story of the miracle and also the Song at the Sea (Shirat HaYam).

Exodus 15:18 is the final verse of the Song at the Sea and it is sung by Moshe and the entire Jewish People after the crossing of the Sea and after they had witnessed the complete destruction of Pharaoh and of his entire army.


An interesting thing to note is that this was one of the moments in history when the Jewish People were the most united. The people all sang the same song and everyone was singing it for the first time. Did the entire Jewish people experience a Divinely inspired vision of the words? If they did, it cannot be said often enough that a part of the prophecy was the commitment to build a Sanctuary (Holy Temple, Beit HaMikdash) for G-d.

In the verse immediately before Exodus 15:18, the Temple Mount is described as the foundation (of the world) and the holy place of G-d.

Everything. Especially the authentic Jewish unity that having a Beit HaMikdash both necessitates and promotes simultaneously.

The Jewish people are meant to internalize the message of the Song at the Sea many times a day and not just at the Pesach Seder or at the Seventh Day of Pesach. The message is: The earth is G-d’s. The earth will always be G-d’s. G-d, as owner, decides which part of the earth is designated for whom and for what purpose.

G-d has chosen just one nation, one people, to have a special, unique responsibility to worship Him with ritual sacrifice on His Holy Mountain in the Holy City of Jerusalem in His Holy Land.

This people – the Jewish People – were miraculously delivered from bondage in Egypt, as the Haggadah relates, with “signs and wonders” specifically to demonstrate to the Jewish People, and the other nations of the world, that G-d is the absolute Ruler of the Universe. The Dayenu song in the Haggadah also contains a reference to the connection between the miracle at the Sea and the building of the Beit HaMikdash, as both landmark events are mentioned.

On a weekday this phrase from Exodus 15:18 – “G-d Shall Reign For Eternity” – is repeated six times in the morning at Shacharit, one time in the afternoon at Mincha and three times in the evening at Ma’ariv. No other phrase from the Chumash is repeated so often. The next most often repeated phrase is the Sh’ma and it is recited just four times.

The Rabbis of old who authored the classic Jewish daily liturgy that is still used to this very day selected this part of the Song at the Sea specifically to draw attention to the authentic concepts and central themes in Judaism that are embodied in “G-d Shall Reign For Eternity.”

The Jewish People’s reciting of “G-d Shall Reign For Eternity” ten times daily is undoubtedly meant to be a reminder that the Jewish People have a responsibility on the Temple Mount. Are we missing the message? A connection between this idea and Pesach is the closing statement we make at the Seder – Next Year in Jerusalem!

In reality this means “Next Year on the Temple Mount,” where Passover offerings will be made.

As Israel’s greatest national poet Uri Zvi Greenberg (1896-1981) wrote: “Whomever controls the Temple Mount controls all of the Land of Israel.”

When we sing “Next Year in Jerusalem!” at the close of the seder the part of Jerusalem we are referring to here is what anti-Israel extremists deliberately call “East Jerusalem.”

“East Jerusalem” does not actually exist and what they are really saying is that Jerusalem’s Old City and its surrounding neighborhoods, the Western Wall, and the Temple Mount are not part of Israel or part of Israeli Jerusalem. The original and oldest parts of Jerusalem are what they falsely label “East Jerusalem” and this is the Jerusalem that the authors of the Haggadah wanted us to yearn for and not the “New City” which lies to the west.

We should remember that this yom tov and always. Maybe one way would be to again sing the Haggadah’s “Adir Hu” song at our yom tov meals on the Seventh Day of Pesach: May He soon rebuild His House [the Holy Temple in Jerusalem] Speedily, speedily and in our days, soon G-d, rebuild! G-d, rebuild! Rebuild your house soon! 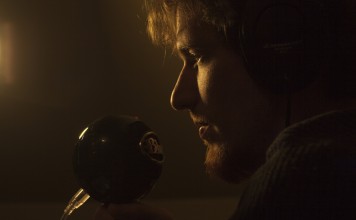