The essential part of Maggid in the Haggadah is when we expound on three pesukim that briefly discuss our enslavement in Mitzrayim and our exile. These pesukim are not found in Sefer Shemos when the events took place; rather they are in Sefer Devarim in the parsha of Bikurim (giving the first fruit to a kohen). The Haggadah goes through each word of these pesukim and references pesukim in Sefer Shemos to explain what they are referring to.

Why would the Haggadah choose to expound on pesukim in Devarim to explain our exile from Mitzrayim? Why not just quote the pesukim in Shemos to begin with?


The answer is the purpose of the seder and specifically Maggid is as we explicitly say in the Haggadah, to give thanks to Hashem for redeeming us. By speaking about the enslavement and the exile we are to build up in our hearts the emotions of ultimate gratitude.

The mitzvah of Bikurim is intended to accomplish the same thing. The Sefer Hachinuch in mitzvah 606 writes that the intention of this mitzvah is to remind us that everything that we have comes from Hashem. Often, after a person toils very hard to produce, there is a natural pride he may take in the fruit of his labor, especially in the first of it. At that point one is vulnerable and may forget that everything comes from Hashem. To counter this possible outcome, Hashem gave us the mitzvah of Bikurim to give us the opportunity to thank Him at this crucial time. In thanking Hashem by the mitzvah of Bikurim the Torah writes the script that one must recite, and it includes thanking Hashem for taking us out of Mitzrayim.

The Haggadah therefore deemed it most appropriate to utilize that text, which the Torah itself wrote to be used as showing gratitude for taking us out of Mitzrayim, to be the pesukim that we should expound upon at the seder when we are also attempting to show our sincere gratefulness for our redemption.

I want to focus on just one drasha that the Haggadah makes in these pesukim. The pasuk in Devarim says “Va’nitzak… va’yishma Hashem…Va’yar es unyeinu… – and we cried out… and Hashem heard our cries…and [Hashem] saw our suffering…” On the words “Va’yar es unyeinu” the Haggadah references the pasuk in Shemos that says that Hashem knew of our suffering.

The explanation that the Haggadah is alluding to is that there are two forms of prayer. One where one cries outlaw and screams out to Hashem. Then there are troubles that a person suffers with and does not even know how to verbalize and does not call out for help. Hashem, to whom everything is revealed, sees these troubles and answers the cries of the heart that the mind can’t articulate. That is why the Haggadah suggests a different pasuk to explain these words in the pasuk; namely “Vayeida Hashem – and Hashem knew.”

The following beautiful explanation in the tefillah of Ana Bekoach is brought in the name of the Alter of Slabodka: we say in this tefillah “Listen to our pleas, hear our cries, The one who knows the inner thoughts.” Why do we mention the attribute of Hashem that He knows the inner thoughts when we are asking him to hear our cries? Why don’t we mention the attribute that He listens to prayer or something more similar? The Alter answered that in fact we are not asking Hashem to only answer our cries that we are verbalizing; but even those that we are not aware of. We want Hashem to answer the cries of our inner hearts, the cries that we don’t even know that we are suffering from. That is why we implore the middah that Hashem knows the inner thoughts when making this request.

It was these cries that Hashem listened to in Mitzrayim and it is these cries that we need Him to answer in our galus today. While we may not realize it, our hearts are yearning for more spirituality more Torah, for a Beis Hamikdash, and for more connection to Hashem. May it be His will that next year in Yerushalayim habenuya, amen. 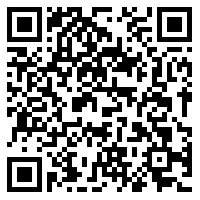