IDF Brig.-Gen. Kamil Abu Rokon, a member of Israel’s Druze community, was promoted to the rank of Major General this week and appointed to be the IDF’s new Coordinator of Government Activities in the Territories (COGAT).

The promotion was carried out together with the appointment in a ceremony held at the Office of the IDF Chief of Staff in Tel Aviv.

The position of COGAT demands fluent Arabic in addition to Hebrew as well as great competence in diplomacy and administrative skills. 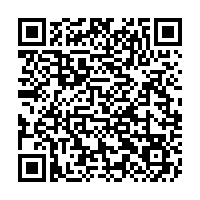