Maariv is usual weekday tefilla with inclusion of Ya’aleh VeYavo in the Shemoneh Esreh. At the conclusion – Kaddish Tiskabbel, Aleinu, Le David Hashem Ori and their respective Kaddish recitations.


Monday morning, 3rd day of Chol Hamo’ed: all tefillos are the same as yesterday, with the exception of Hoshanos – we start with Kel Lemosha’os followed by Torah reading (Numbers 29:23-31) – Mussaf ,U’vayom HaRevi’i.

Tuesday morning, 4th day of Chol Hamo’ed: all tefillos are the same as yesterday with the exception of Hoshanos – we start with Adon Hamoshia followed by Torah reading (Numbers 29:26:34).

Wednesday is Hoshana Rabbah. According to the Shulcham Aruch (Orach Chayyim 664) we say many mizmorim on Hoshana Rabbah. We say Pesukei DeZimra as we do on Shabbos. Rema notes that we do not say Nishmas but we do say the Shabbos and Yom Tov text of Ein kamocha, Shema Yisrael. We add Ribbono Shel Olam at the removal of the Sifrei Torah from the Ark.

We also treat this day with some of the same gravity as Yom Kippur. Some who are scrupulous immerse themselves in a mikveh. The chazzan dons a kittel. The Mishna Berura (ad loc.) explains that donning the kittel indicates that this day is the point at which the seal is affixed on our judgment. Thus some are accustomed to greet one another until Hoshana Rabbah with Gemar Chasima Tova.

In the Pesukei DeZimra, We say Mizmor LeToda then Lam’natzeach Mizmor L’David and all the mizmorim that follow, the same text as on Shabbos and Yom Tov, however do not say Nishmas – but continue straight to Yishtabach, which is followed by half-Kaddish. Then some congregations say Shir Hama’alos mima’amakim while the Aron HaKodesh is open. Chazzan then says Barechu and congregation responds.

Birchas Kerias Shema is weekday text, followed by the silent Shemoneh Esreh, usual weekday Shacharis with Ya’aleh VeYavo and mention of Sukkos. Following the chazzan’s repetition we take the lulav and esrog in hand for the last time and recite the blessing Al netilas lulav and we wave in all six directions – the four compass points and up and down in the order of one’s custom. We hold the Four Species in our hand as we recite the whole Hallel. At Hodu and Ana Hashem we again wave the lulav in the customary manner.

Some congregations (Nusach Sefarad and some Ashkenaz) are accustomed to say Hoshanos after Hallel while others (most Ashkenaz) say it following Mussaf. For Hoshanos we remove all the Sifrei Torah from the Ark, keep the Four Species in our hand, and continue to recite the Hoshanos,but on this last day we surround the bimah not once as we do on each day of Sukkos but seven times – saying all the Hoshanos we said on the previous days.

When we reach Ta’aneh Emunim, we put away the Four Species and take the “willow branches” (the chabata, which is a bunch of 5 willows bound together). At the conclusion of Hoshanos we bang the chabata on the ground. Chazzan then recites Kaddish Tiskabbel. The congregation says Shir shel Yom and LeDavid Hashem Ori,followed by respective Mourner’s Kaddish recitations.

We then Ashrei U’va’letziyon, Ye’hallelu as we return the Sefer Torah to the Ark and chazzan recites half-Kaddish. We say the silent Shemoneh Esreh of Mussaf of Shalosh Regalim. Following the repetition, we say the Hoshanos (most Ashkenaz – see above for procedure.) following which the chazzan recites Kaddish Tiskabbel. 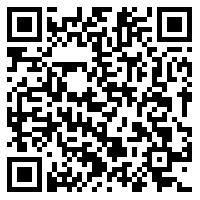