Two IDF soldiers were wounded Tuesday afternoon in a bombing on Israel’s northern border with Lebanon. The attack took place in the area near Har Dov in the Golan Heights, according to a report from the IDF Spokesperson’s Unit.

The soldiers were treated at the scene before they were evacuated by helicopter to hospital.


A second explosion hit the same outpost two hours later, but no one was wounded, according to the IDF. Israeli personnel returned fire aimed at Hezbollah targets in Lebanese territory.

Other IDF troops returned fire to an area in southern Lebanon in the wake of the explosion.

A short while ago two soldiers were injured by “An explosive device was activated against [the soldiers] during activity along the Israel-Lebanon border,” the IDF Spokesperson said in a statement. “ Initial reports indicate that the explosive device was planted with the intent to attack soldiers.”

Unmanned aerial vehicles (UAVs or drones) from Israel were seen flying over the site of the explosion, according to the Hezbollah-linked Al Manar television station.

IDF shelling has been targeting areas near Sheba’a Farms and Kfar Shuba, the station reported.

On Sunday, IDF soldiers spotted a terror cell attempting to infiltrate into northern Israel. The soldiers fired at the infiltrators, and hit at least one, according to the IDF Spokesperson’s Unit, who said the cell raced back across the border into Lebanon.

“The incident has not ended,” a senior IDF source said. 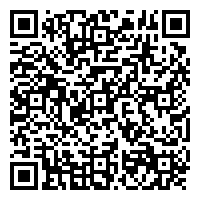