Shacharis: Chol Hamo’ed: There are numerous customs regarding the donning of tefillin on Chol Hamoed. Generally, Nusach Sefarad and followers of the Vilna Gaon do not don tefillin – but others – Nusach Ashkenaz – do, some without a beracha, some with the utterance of an inaudible beracha; each should follow his family custom. Nevertheless, all (including the chazzan) remove their tefillin before Hallel.

Hallel: We take the lulav and esrog in hand (lulav, bound with 3 hadassim on the right side and 2 aravos on the left side), the lulav in the right hand and the esrog in the left hand, pitom facing downward. (Sefarad and certain other congregations follow now with Hoshanos, circling the Bimah once – Kel Lemoshaos.

Shabbos morning: Shacharis as usual but with inclusion of Ya’aleh VeYavo – Hallel, Hoshanos (no lulav), Kaddish Tiskabbel. We then read Koheles, followed by Kaddish Yasom. We remove two Sifrei Torah from the Ark: in the first we call 7 aliyos and read from Parashas Ki Tissa (Shemos 33:12-34:26). The Maftir reads from the second Sefer in Parashas Pinchas (Numbers 29:26-31). The Haftara is Ezekiel (38:18-39:16), Ve’haya Bayom Hahu. In Birchos HaHaftara we mention both Yom Tov and Shabbos.

Sunday is Hoshana Rabba. We treat this day with some of the gravity of Yom Kippur. Some who are scrupulous immerse themselves in a mikveh. The chazzan dons a kittel. The Mishna Berura (ad loc.) explains that donning the kittel signifies that this day is the point when the seal is affixed in our judgment. Thus some are accustomed to greet one another until Hoshana Rabbah with Gemar Chasima Tova.

The Pesukei deZimra are those of Shabbos and Yom Tov, but we do not say Nishmas – we substitute in its proper place Mizmor LeToda. Yishtabach (some congregations then say Shir Hama’alos mima’amakim while the Ark is open) is followed by half Kaddish. The chazzan then says Barechu and the congregation responds.

Birchos Kerias Shema are the weekday text, followed by the silent weekday Shacharis Shemoneh Esreh with Ya’aleh VeYavo and mention of Sukkos. Following the chazzan’s repetition we take the lulav and esrog in hand for the last time on this festival and recite the blessing Al netilas lulav. We wave the lulav to all six sides, the four cardinal points and up and down, in the order of one’s custom. We hold the Four Species in our hand as we recite the whole Hallel. At Hodu and Ana Hashem we again wave the lulav in the customary manner.

Some congregations – Nusach Sefarad and some Nusach Ashkenaz – are accustomed to recite the Hoshanos after Hallel while others (most Ashkenaz) recite them following Mussaf. For Hoshanos we remove all the Torah scrolls from the Ark. With the Four Species in our hand, we continue to recite the Hoshanos – but on this day we go around the Bimah not once as we do on each day of Sukkos but seven times – saying all the Hoshanos as found in our machzorim.

When we reach the verses Ta’aneh emunim, we set aside the Four Species and take the willow branches – the chabata, which is a bunch of 5 willows bound together). At the conclusion of the Hoshanos we bang the chabata on the ground. The chazzan then recites Kaddish Tiskabbel. Then the congregation says the Shir shel Yom and LeDavid Hashem Ori and their respective mourners Kaddish recitals.

We return the Sefer Torah to the Ark, the chazzan recites half Kaddish and we say the silent Shalosh Regalim Shemoneh Esreh of Mussaf. Following the chazzan’s repetition he recites Kaddish Tiskabbel. Some congregations say Hoshanos now (most Ashkenaz – see above for procedure).

Due to Yizkor, which we recite on Shemini Atzeres, we light yahrtzeit candles for the departed souls before we light the Yom Tov candles – which are to be lit twenty minutes before shekiah – at 6:10 p.m. (N.Y.C. E.D.T.).

It is customary in many congregations to schedule a Yizkor appeal, due to the text of the Yizkor prayer – “in the merit of my vowing to give charity on his/her behalf.”

Monday evening, the second night of Yom Tov: since we are not allowed to make any preparations from one day of Yom Tov to the other, we wait 45 minutes after Shekia (N.Y.C. E.D.T. time 7:16 p.m.) some wait 60 minutes (N.Y.C. time: 7:31 p.m. E.D.T.) while others wait 72 minutes (N.Y.C. time: 7:43 p.m. E.D.T.) before we light candles and then we commence all preparations. When lighting candles we recite Lehadlik Ner Shel Yom Tov, and Shehecheyanu.

It is customary before the saying of Ata Horeisa to “sell” this right for pledges to charity. The purchaser then honors individuals with the recitation of individual pesukim. Most congregations also sell all the other honors associated with Simchas Torah. The individual who has the last aliyah, before Chassan Torah, is called Chassan Kol Hane’arim with all the children joining him under the canopy. Following that we call the Chassan Torah who completes the year’s Torah reading. Finally it is the turn of the Chassan Bereishis, who will be honored with starting the year’s Torah reading. It is customary to sell the honors of Maftir and the three Hagbahos and gelilos. Some sell the opening and closing of the Ark as well. With all the Sifrei Torah removed from the Ark we now begin the Hakafos of the Bimah– we circle seven times in joyous dance.

Those who are so honored each read aloud a pasuk in Ata Horeisa – and then we remove the Sifrei Torah from the Ark. With all the Sifrei Torah removed from the Ark we now begin the Hakafos of the Bimah– we circle seven times in joyous dance. We then read in Parashas Vezos Haberacha (Deuteronomy 31:1-26). We divide the parasha into five aliyos, and we continuously to call people – repeating the keriah many times until all members of the congregation have been called.

Ma’ariv: The earliest zeman is 45 minutes after sunset, that is, 7:19 p.m. (N.Y.C., E.D.T.), Maariv prayer is usual weekday Maariv with Ata chonantanu. Havdala is over wine, no flame or spices. 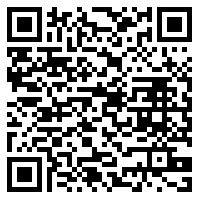