When Alexander Yannai, king of Judea, was prevented by the sages from becoming the high priest, he issued an order that all the sages of Israel be killed. Many were and the remainder fled. Rabi Shimon ben Shetach, considered the greatest of them all, was saved by his sister, Queen Shlomit Alexandra.

As time passed, the king began to see the harshness of his decree. When he and the queen dined there was no sage present to entertain them with words of wisdom from the Torah.


“There is not even a person here to lead us in saying the bracha over bread,” mused the king as he regretted his hasty action. At that moment a group of Parthian envoys arrived bearing gifts from their king. When King Yannai heard of them he was delighted.

“Bring them in and let them dine with me,” said the king.

The envoys bowed to the king and joined him at the table. During the meal, the Parthian envoys remarked, “O sire, on our previous visit one of your sages was present at court and we enjoyed his great wisdom. We profited a great deal from his profound knowledge. Where is he now? We would be greatly pleased to hear him again.”

Yannai told the Parthian envoys what had happened to the sages and the envoys expressed great regret at the unfortunate occurrence. Queen Shlomit Alexandra noticed the expression of grief on the countenance of the king and taking advantage of this opportunity, she said, “O king, if you will give me your assurance that no harm will befall him, I shall produce Shimon ben Shetach before you.”

The king thereupon answered with great delight, “Yes, I give my solemn promise that no harm will befall the fugitive, only let him appear to please my guests.”

The queen at once sent word that her brother be brought to the palace and when he appeared before the king and his guests, he was given a very warm reception. The king invited him to take his seat between himself and the queen and remarked, “See what great honor I bestow upon you.”

“O sire,” replied Rabi Shimon, “it is not you who bestows honor upon me, but the Torah. For the wisdom that I offer grants me equal rank with kings. For it was Ben Sira who said, ‘It raises you and places you amongst the leaders and kings.’”

Turning to the queen, the king remarked, “He still has not learned to appreciate me. He talks in a haughty manner.” Then turning to Shimon he said, “Take a cup of wine and lead us in the benediction of saying grace after the meal.”

When the cup of wine was given to Shimon ben Shetach, he rose and said, “Blessed is He of whose sustenance Yannai and his companions have eaten.”

The king looked surprised and asked, “Is this the proper way to make a blessing? I have never heard it said this way before.”

“Do you expect me to say it otherwise if I have not eaten a morsel of food here?” replied Rabi Shimon.

Taking the hint, the king ordered his servants to bring out food and drink for Rabi Shimon. When he finished the meal, Rabi Shimon arose and said, “Let us now bless the Almighty on the wonderful food which He has provided us all!”

The Parthian envoys then expressed their wish that Rabi Shimon discuss with them some topics from the Torah. Rabi Shimon agreed and so deep was the impression he made upon them that when they were about to leave, they said, “Of all the great things we saw and heard in this wonderful city of Jerusalem, nothing made such a deep impression on our minds as the wise words of the great teacher, Shimon ben Shetach.”

After that the king appointed Shimon ben Shetach the president of the Sanhedrin.

When Shimon ben Shetach assumed the office of the president of the Sanhedrin, he was grieved to see that the king had replaced all the sages of old with Sadducees, who did not follow in the ways of Chazal. Inasmuch as he couldn’t tell the king to discharge them he decided to replace them through a devious method.

The first day that Rabi Shimon sat in court a man was brought in for judgment. The Sadducees found him guilty. Rabi Shimon then arose and demanded they bring proof of their verdict from the Torah, “For what will the people say if they are told that you do not seek reference from our holy Torah?” he said.

The leader of the Sadducees replied, “Give me one day’s time and I will find the reference of our judgment from the Torah.”

The Sadducee went home and poured through all the books of the Torah but, alas, he couldn’t find anywhere any references to the court case. The following morning he felt ashamed to return to the courthouse, so he left the city.

In the morning, when the Sanhedrin opened court, the elderly Sadducee was missing.

Rabi Shimon ben Shetach arose and said, “I am sorry but we cannot open the Sanhedrin’s session today unless we have the full complement of the Sanhedrin present, which is 71 members. I will therefore have to appoint another member to fill the place of the departed member.”

The New Holiday In Israel

The following day a similar incident occurred. Again Rabi Shimon demanded that proof should be presented from the Torah. When the Sadducee requested time to look it up, it was granted to him and when he couldn’t find it, he too, felt ashamed and didn’t return. Soon Rabi Shimon was able to replace the entire Sanhedrin with the sages of old.

It was on the 28th day of Teves that the last Sadducee resigned from the Sanhedrin and all the leaders and sages of Israel made it into a holiday that they celebrated every year. 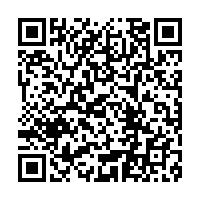