Chazal posed the following questions to Eliyahu HaNavi: “Why are some of our pious people so poverty stricken? Doesn’t G-d answer the prayers of tzadikim?”

“I will tell you a story and you will understand how righteous is G-d who foresees the future and realizes the capacity of each person.”

Eliyahu then related the following story:

There was once a chasid, a pious person, who would pray three times a day with such a deep feeling and in a plaintive voice, that his prayers would reach the very throne of G-d.

This chasid was very poor and he would usually search the trashcans for rags to clothe his aching body. He was also very proud and wouldn’t accept gifts. He lived a life of privation and he suffered from the heat and cold, for he was too poor to purchase clothes.

When G-d saw his struggles, He took pity on him and told Eliyahu to give him four zuzim). Eliyahu visited the poor man and found him praying as was his usual custom.

He waited until he finished praying and then said to him, “Greetings, my friend. G-d favored me with good fortune today and I would like to share it with you. Here, please accept four zuzim from me.”

The man refused the gift and Eliyahu had to plead with him to accept it for he was ordered by G-d to give it to him. Finally, the poor man agreed to accept the money, so that he could buy clothes and appear more presentable when he prays.

The poor man saw a wonderful coat that sold for the price of four zuzim and he purchased it. Walking out of the store, he was accosted by a stranger who admired his new coat.

“How much did you pay for the coat?” asked the stranger.

“The coat is so beautiful, that I must purchase it from you,” he replied.

“Sorry,” said the man. “I am in dire straits and this coat is my sole possession.”

“I will offer you 24 gold coins for the coat,” said the man.

Tempted, the poor man agreed and sold his coat. Miraculously, everything he purchased with the gold coins appeared to multiply and he soon became wealthy.

However, as soon as he became wealthy, he forgot his former customs. His business took up so much of his time that he couldn’t find the time to pray. He was too busy to observe any mitzvos and he even forgot to give charity to the poor. He became a harsh businessman whose only purpose in life was to amass money.

Seeing this, G-d said to Eliyahu, “Look at that former tzaddik. Because I have given him so much wealth, estates, and honor, he has forgotten all his good deeds. He has even forgotten to pray. Go to him and take back what I gave him!”

Eliyahu Takes Back His Money

Eliyahu went to the old man who was now sitting on a golden chair in a palatial home.

“Greetings to you,” he said.

“Who are you,” said the man in fear lest he be a beggar seeking alms.

“Do me a favor,” said Eliyahu, “and return the money I loaned you some time ago.”

“You loaned me money?” said the rich man in surprise.

“Yes, it was four zuzim which I gave you when you finished praying and you were clothed in rags,” said Eliyahu.

“Oh yes,” answered the rich man. “Now I remember. I’ll gladly return the four zuzim to you. You were very kind at that time.” He removed four zuzim from his pocket.

“Not these four,” said Elijah. “I want the original money which I gave you.”

“Impossible,” cried the rich man. “That money was spent a long time ago. What difference does it make as long as I return a similar amount to you?”

“I have a reason,” replied Elijah. “Open your bag and I will find it.”

The rich man opened his bag and lo and behold, a miracle occurred and the same four zuzim appeared. Eliyahu took the coins and departed.

Immediately, misfortune befell the man. Everything he touched went bad. All of his boats sank in a storm, his warehouses burnt down, and even his sons and daughters died. After a while, he became as poor as he was before, and he again began picking rags to clothe his body. When he became poor, he became desperate and in anguish, he visited the synagogue and began to pray. His prayers became as fervent as before and he poured out his heart’s woes to G-d. 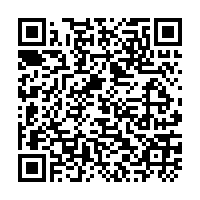