The U.S. Department of State issued a Worldwide Travel Alert on Friday, August 2, on the heels of a surprise and shocking announcement on Thursday during the daily State Department press conference, regarding embassy and consulate closings on Sunday, August 4.

The shuttering of diplomatic outposts in the Muslim world – whose embassies and consulates are typically open on Sunday, where it is a regular workday – and the travel alert are all based on current information suggesting that al-Qaeda and its affiliates are planning terrorist attacks on American citizens or interests in the Middle East and North Africa.


“Current information suggests that al-Qa’ida and affiliated organizations continue to plan terrorist attacks both in the region and beyond, and that they may focus efforts to conduct attacks in the period between now and the end of August,” reads the alert on the State Department’s website.

The alert suggested, in particular, that transportation and other tourist infrastructure may be at risk.

Terrorists may elect to use a variety of means and weapons and target both official and private interests. U.S. citizens are reminded of the potential for terrorists to attack public transportation systems and other tourist infrastructure.  Terrorists have targeted and attacked subway and rail systems, as well as aviation and maritime services.

In addition, the State Department recommends that U.S. citizens traveling abroad register for the Smart Traveler Enrollment Program (STEP) – which provides the latest security updates and facilitates U.S. embassy or consulate personnel to contact U.S. citizens when and if the need arises.

In addition to the standard hurricane season alert, which is in force in the Atlantic, the Caribbean, and the Gulf of Mexico between June 1 and  November 30, there are five State Department Travel Alerts currently in place.

The WorldWide Travel Alert which was just issued Friday, August 1, is the latest of the alerts.  There is also an Alert for Americans traveling to the African Muslim country of Mali where presidential elections were just held.  This Travel Alert expires on August 20, 2013.

The U.S. State Department Travel Alert for Egypt is set to expire on August 15. The current unrest and political upheaval suggests the Alert will be renewed upon its expiration.

During Thursday’s press conference during which the embassy and consulate closings were discussed, a member of the press asked whether it might not be prudent to warn and protect American citizens, as well as the U.S. diplomatic corps, if there were credible threats of terrorist attacks. 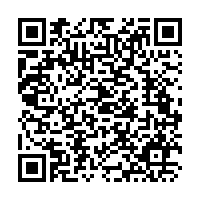