The name of the Gaon, Rav Yitzchok Elchonon Spektor, was known to Jewry throughout the world. He was also well know to Russian royalty, having visited the Czar many times to plead for his fellow religionists.

Once, while traveling home from St. Petersberg he was on the same train with a prominent merchant, one of the Maskilim or free thinkers. When the train stopped at Vilna for an hour, a large throng of Jews gathered at the station. The merchant had never seen such a large crowd this station and he inquired as to the reason for their gathering.

“Don’t you know?” He was told, “the world famous Gaon, Rav Yitzchok Elchonon Spektor is on this train and we are hoping for the honor of at least getting a glimpse of him.”

The freethinker was impressed and decided to meet the Gaon. He inquired of the conductor of the first class coach if the prominent Jew was in the car. The conductor had neither heard of him nor had he seen him in his car. The merchant was a bit taken aback. A man who visits often with royalty surely travels first class.

He then inquired in the second-class coach and again he could not find him. Only when he entered the third class coach did people know of him.

“Will you please direct me to the chief rabbi of Kovna, Rabbi Rav Yitzchok Elchonon?” he asked the conductor.

He pointed to an elderly Jew with a long white beard who was at that moment praying in his tallis and tefillin.

The free thinker couldn’t believe his eyes. This old man, praying in public, was supposed to be the important representative of the Jews who was friendly with the Czar of Russia?

He waited until the Gaon had finished praying and then approached him saying, “Greetings unto you Rabbi. I am one of the freethinkers in Russia, a prominent merchant in my city. We have often spoken of you and your ideas. But I am somewhat taken aback, I had always figured you to be a modern Jew, especially since you visit the Czar. Imagine my surprise to see that you are one of the real old fashioned Jews.”

The Gaon looked at him and smiled. “On the contrary,” he said, “I am of the modern generation but you are of the old fashioned generation.”

“In what way?” asked the freethinker.

“Simply,” answered the Gaon, “on Pesach we read in the Hagaddah, ‘In the beginning our ancestors were idol-worshippers…”

Rav Yitzchok Elchonon was known for his humility and kindness towards his fellow Jews.

Once on Shabbos, while walking in the park in company with his secretary, Rav Yaakov Lipshitz, he saw a member of his congregation approaching him with a cigarette in his mouth. When the man saw the Gaon, he hastily threw it away.

“Good Shabbos to you,” said the Gaon to him, pleasantly.

“Good Shabbos,” answered the transgressor in a guilty tone as he hurried away.

The secretary could not contain himself. He turned to Rav Yitzchok Elchonon and said, “Rebbe, why didn’t you scold that man when you saw him violating the Shabbos? That way he’ll never do it again. Instead, you greeted him in a friendly manner as if you approved his actions.”

“On the contrary,” answered the Sage. “If I would have scolded him he would have felt offended at my interference in his personal life. Whereas, he now thinks that I didn’t see him and he’ll never smoke in public on Shabbos for fear that he may meet me again.”

Once, a woman came to Rav Rav Yitzchok Elchonon with a difficult sheilah on an Erev Yom Tov. The Gaon paced the floor of his room, absorbed in deep thought. He then turned to the woman and said, “All is kosher.”

When the woman left, he told those present in the room that the woman’s husband was a poor melamed in a small town. He sent her only four rubles for the upkeep of the family. The poor woman had to pay one ruble for her son’s Hebrew tuition, leaving her only three rubles for all her Yom Tov needs. Then this sheilah arose. No heter could be found. 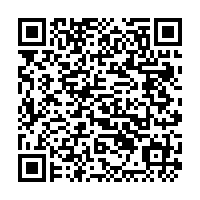