Some 100 Jews gathered last night to light the 8th candles of Chanukah at the Mevaseret Adumim area, also known as E1.

The area, directly between the Jewish town of Ma’aleh Adumim and the outskirts of Jerusalem, will decide the future of Jewish life in Judea and Samaria: if it’ settled by Jews, this will guarantee a contiguous Jewish settlement there, expanding Jerusalem significantly and making it difficult for the Arabs to effectively settle the area. If the Arabs succeed in settling there, it would spell the end of Jewish hopes there, rendering Maaleh Adumim an isolated fringe town.


According to Tazpit News Agency, the Nachala movement has been conducting special events to establish Jewish ownership in the area. Last night’s candle lighting was part of it. 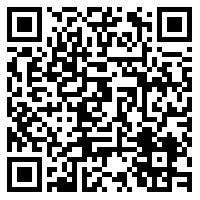