The Jewish Press apologizes to its readers for the unfortunate op-ed article, along with its incendiary and insulting headline, regarding the Atzeres Tefilla in New York on Sunday against the drafting of yeshiva students in Israel that appeared on the Jewish Press website early Monday.

The Jewish Press website is based in Israel in order to cover breaking news from the Middle East on a 24/6 basis. The article in question was posted without authorization and approval of The Jewish Press newspaper, and the individual who wrote and posted the article on the website has been fired.

Needless to say, the sentiments expressed in the article and headline do not represent those of The Jewish Press, its officers, editors, and staff. The article was deleted from the website as soon as it was brought to the attention of the publishers and editors of the newspaper. 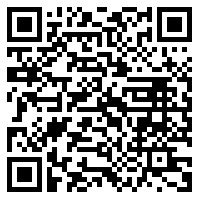