Two more rockets were launched at the Be’er Sheva area at 7:40 Sunday morning. The rockets fell in an open area. No injuries or damage reported.

This follows a series of rocket and mortar launches overnight from Gaza, and the IAF taking out one of the terrorists who launched a mortar at Israel.


Overnight, IAF aircraft targeted a rocket launching site and a squad in the central Gaza Strip, during final preparations to fire a rocket towards southern Israel. Secondary explosions were identified and a hit was confirmed.

However, the instability in southern Israel continued on Sunday morning, as terrorist organizations in the Gaza Strip fired four Grad rockets at Israel. The rockets exploded in open areas outside Be’er Sheva. Warning sirens sounded twice in that city, but there have been no reports of damages or injuries. 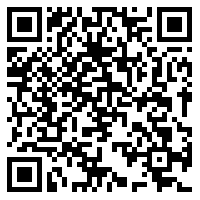