For the first time, the Anti-Defamation League has commissioned an international survey to research attitudes and opinions toward Jews in more than 100 countries around the world. 85.9% of the world’s population was surveyed. The primary finding is that 26% of the world population, representing an estimated 1.09 billion people, harbor anti-Semitic attitudes.

Fewer than 10% of those surveyed say they interact with Jewish people very or somewhat often. Of the 26% who believe a majority of the anti-Semitic stereotypes, 70% have actually never met a Jewish person. Countries with more than 10,000 Jews or where Jews are more than .1% of the population tend to hold fewer anti-Semitic views.
The source of information on Jews is of influence. Most people get their information about Jews from television. However, the Internet is an important second source of information for many. Muslims who get their information about Jews from the Internet are more likely to harbor anti-Semitic attitudes than those who receive their news from other sources.

“The level of anti-Semitism in some countries and regions, even those where there are no Jews, is in many instances shocking,” said Barry Curtiss-Lusher, ADL National Chair. “We hope this unprecedented effort to measure and gauge anti-Semitic attitudes globally will serve as a wake-up call to governments, to international institutions and to people of conscience that anti-Semitism is not just a relic of history, but a current event,” concluded Curtiss-Lusher. 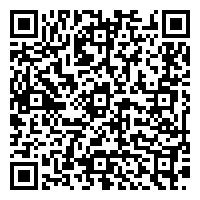