A Canadian-born and naturalized orthodox doctor is the man behind the sudden prominence of South Carolina’s first black Republican Congressman, and now senator, in more than a century.

The ascension of Tim Scott from the South Carolina statehouse to the U.S. House of Representatives — and last December to the U.S. Senate — is relatively well known.


Less well known is the role of Muzin, the Montreal-born doctor, lawyer and Jewish scholar and naturalized American who has been instrumental in paving Scott’s way.

The close alliance – and friendship — between a black Tea Party Republican from the South and an Orthodox Jewish doctor-lawyer from Canada is a rarity in politics, and upends perceptions about how blacks and Jews interact, Muzin and Scott say.

Scott, 47, is the first to credit Muzin for his success. Without Muzin’s entreaties, Scott may not have run for the Charleston-area House seat that opened with the retirement of Rep. Henry Brown.

“Initially, I was fairly reluctant; I did not have my sights set on Washington,” Scott told JTA in an interview. “He was crucial in helping me to get to that conclusion.”

The “odd couple” first got together n 2009 when Scott had his on the state’s lieutenant governorship, which oversees the state’s Office of Aging. Muzin, a lawyer with a medical degree from YeshivaUniversity, was interested in health policy. Their association prompted curiosity about each other’s beliefs.

“He’d be studying Bible all the time in his office and we would talk regularly about what I was learning in Daf Yomi [Talmud study] every day,” Muzin said of Scott. “He had a real appreciation for Jewish people and for religious people.” 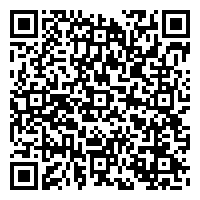