New York Hospital Queens (NYHQ) is seeking individuals to take part in a Phase 2 clinical research study of adults with active Crohn’s disease, a chronic gastrointestinal disease with no cure. The OPERA study will evaluate the safety and tolerability of an investigational drug and its effect on the symptoms of Crohn’s disease, particularly those related to inflammation of the gastrointestinal tract.

Crohn’s disease can affect individuals at any age. The disease alternates between periods without symptoms and “flares,” which is when the disease is active. People with active Crohn’s disease experience a range of symptoms caused by inflammation of the intestines, including painful abdominal cramps, diarrhea, and rectal bleeding, which at times can be severe.


Individuals may be eligible to enroll in the study if they are between 18 and 75 years old, and have active Crohn’s disease. Individuals are unable to participate if they are pregnant or breast-feeding, have short bowel syndrome due to multiple small bowel resections, or if a stoma is present.

“We are pleased to be part of this important clinical research study that may help treat Crohn’s disease patients who have failed to respond to a widely-used class of intravenous therapies,” said Moshe Rubin, M.D., principal investigator and director, Division of Gastroenterology at NYHQ. “We are dedicated to clinical research that could potentially improve understanding of digestive diseases like Crohn’s disease, particularly for patients from the ethnically diverse population of Queens.”

Clinical research studies are crucial to developing new medications. A major pharmaceutical company is sponsoring this clinical research study, and participation will allow the study sponsor to evaluate an investigational drug that may benefit others with Crohn’s disease in the future.

Interested individuals can learn more about the OPERA study and can see if they qualify for enrollment. 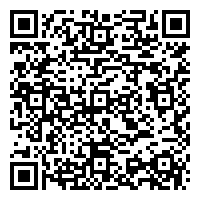