Egypt’s Court of Cassation (an appellate court, roughly equivalent to the U.S. Supreme Court) has ordered the retrial of ousted president Hosni Mubarak and former interior minister Habib El-Adly, who were convicted for failing to prevent the killing of protestors during the January 25 Revolution, Al Ahram reports.

The retrial was ordered after the appellate court accepted appeals lodged by the two former regime figures. Last June, Mubarak and El-Adly were sentenced to life in prison as a result of the conviction, while six high-ranking security officials were acquitted in the same case, sparking nationwide outrage.


A judge, who wishes to remain anonymous, told Al Ahram that last June’s conviction against the ousted president and his interior minister were in reality deferred acquittals. The acquittals of the six high-ranking security officials effectively exculpated El-Adly and the former president, argues the judge.

On Saturday, Mubarak was remanded for 15 days pending further investigation into another corruption case in which he faces charges of appropriating LE6 million in public funds.

Investigations were carried out at a military hospital in Maadi where he was transferred from Torra Prison Hospital in December. 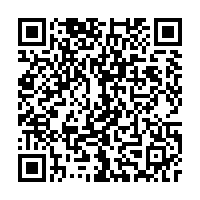