Palestinian Authority senior negotiator Saeb Erekat insisted on Sunday that no plans are being made to arrange a three-way meeting next month with visiting President Barack Obama, Prime Minister Binyamin Netanyahu and PA Chairman Mahmoud Abbas.

Speculation arose last week over such a meeting, and outgoing Deputy Foreign Minister Danny Ayalon also said on Saturday that it might take a place. He threw in the name of Jordan’s King Abdullah as a possible fourth party in what would be a headline-grabbing event for President Obama.

The Palestinian Authority is remaining cool, skeptical and suspicious towards the visit, particularly since the United States voted against the Palestinian Authority’s successful bid for non-observer status in the United Nations and unofficial recognition of its  political and territorial demands. Running to the United Nations was a diplomatic slap in the face to the Obama administration, which argued that the move contradicted the Oslo Accords that prohibit both Israel and the PA from taking any unilateral steps instead of holding direct discussions.

Erekat on Sunday also dismissed American views of unity between the Fatah movement, headed by Abbas, and Hamas. 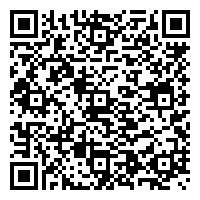