Hungary’s House Speaker László Kövér has replied to Nobel Peace Prize laureate Elie Wiesel, who recently renounced a Hungarian state honor in protest at what he sees as the government toleration of rising anti-Semitic sentiment, the Budapest Times reported.

Kövér defended Hungarian writer József Nyírõ, who was a member of parliament for the wartime fascist Arrow Cross Party, which collaborated in the extermination of Hungarian Jews at Nazi Germany’s bidding. Nyírõ was recently made compulsory reading in Hungarian schools.


“When passing judgement on creative minds, it is primarily their creation that should be considered, and double standards in that must not be applied,” Kövér wrote. The founding member of the ruling centre-right Fidesz party described Nyírõ’s political activities as “negligible but doubtlessly and tragically mistaken”.

According to the BT, Wiesel acknowledged Kövér’s reply but declared it unsatisfactory. Kövér failed to address Wiesel’s concerns about a growing cult around the inter-war regent Miklós Horthy, who led Hungary into the Second World War as an ally of Nazi Germany. 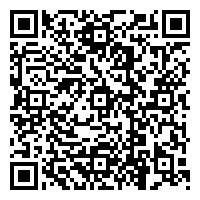