Israel and Japan celebrated 60 years of diplomatic relations on Tuesday, kicking off a series of special events commemorating the occasion.  On May 21, the Israeli embassy in Tokyo will stage a special gala concert marking the occasion, joining the Tokyo Philharmonic Orchestra with leading Israeli musicians.

In 2011, bilateral trade between the countries totaled $3.3 billion.


The Ministry of Foreign Affairs noted the “Japanese contribution to stability in our region,” including Japanese military forces deployed with the United Nations Disengagement Observer Force (UNDOF) in the Golan, Japanese financial support for the Multinational Force and Observers (MFO) deployed in Sinai, and Japanese investment in a Peace Corridor agro-industrial park being developed near Jericho with the partnership of Jordan, and in coordination with Israel and the Palestinian Authority. 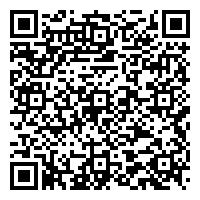