Israel’s largest airport was chosen among 10 other international airports as the Condé Nast Traveler Readers’ Choice Awards for 2015. Readers gave Ben Gurion Airport a rating of 7/10. On the magazine’s online version, Ben Gurion Airport was described as having “easy access from downtown Tel Aviv,” and for being regarded primarily as “one of the world’s most secure airports.”


Around 15 million passengers passed through Ben Gurion Airport in 2014 and it has consistently won awards for the best airport in the Middle East. The Condé Nast Traveler also described Israel’s national carrier, El Al airlines, as the “top dog.”

Condé Nast Traveler is a luxury and lifestyle magazine produced by Condé Nast’s American headquarters at the One World Trade Center in New York. Changi Airport of Singapore was rated as the number one international airport in the world followed by Dubai International and Hong Kong International Airport.

Ben Gurion Airport was originally built during the British Mandate in 1936 and was used for military purposes and to cater to the needs of the British Royal Airforce. It was first called the Wilhelma Airport but the name later changed to the Lod Airport when the State of Israel was established in 1948. The first direct commercial flight to New York was inaugurated by TWA in 1946.

In 1973, when Israel’s first prime minister David Ben Gurion passed away, the airport was renamed Ben Gurion Airport in his honor. 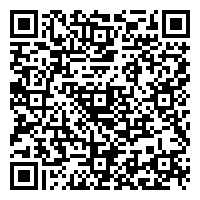