The Lakewood, NJ, Bnos Yaakov elementary school is not happy over the fact that an internal letter to its students has been published online at the Lakewood View website. Posted by someone claiming to be a parent at the school, it contains a story from the Shomer Emunim, with a particularly disturbing version of purgatory for girls who don’t obey the laws of tzniyut (modesty).

The Shomer Emunim (“Guardian of the Faith”), Rabbi Arele (Aharon) Roth, is the 20th century founder of a Chasidic group known for their fervent and emotional prayer, and a rigid lifestyle guided by decrees from the Rebbe.


In the story, as it is cited in the flier, posted in Lakewood View, a group of men heard a scream and traced it to a small house in a field. Inside the house they saw,

“an old woman, with a younger lady laying on a bench. On the ground burned a huge fire, and on the fire stood a large pot filled with clothing. The clothing, which were boiling up in the pot, emitted clouds of smoke rising up to the ceiling. The old woman silently reached into the pot, took out a boiling article of clothing, and put it onto the young woman, instantly burning her body. The young woman was screaming terribly in pain, but the older woman continued putting more and more burning clothing on her.”

The men realize that this was a vision of the world to come and, according to the story’s narrator, this punishment had been meted out since the

“mother had not raised her daughter to be tzniyusdig (modest) … and the mother had to burn her own daughter.”

The comments, close to 100 and nearly all anonymous, veer from disgust to praise for the school.

“Bnos Yaakov is not an easy school to get into. If you are not happy there, have you considered moving to another school?” one commentator wondered.

Another visitor added a sober note: “This is a mashal (fable)! Like many medrashim, this is meant to be taught and discussed among adults. The conversation among mothers as to how and what we teach our daughters about tznius is worthwhile. The problem is presenting this story to children, and even worse, as a ‘true event.'”

But a shocked visitor stated: “Wow, it has finally happened. A tznius story even worse, much worse, than the one that has given me nightmares since I was 9 years old (and I am in my 50s). That particular story (about the girl who took certain extreme actions in order to prevent her skirt from rising in a revealing manner) was given over in a booklet for leaders of a popular program for girls. After MY 9 y.o. daughter came home telling me that story, I stopped sending her to that program. What an awful story! I will not be able to sleep tonight.”

And an angry visitor shared: “Did they give this to kids? Yeah, that will get them to love Hashem. Seriously screwed in the head. Then we wonder why Jewish girls are hanging out smoking and running around like street walkers R”L. Teach them if their skirt is not 4 inches below the knee they will be burned by their own mother?”

The reaction from the Jewish blogosphere has been unmitigated disgust

“Your letter was a psychological scare tactic to make girls dress tzniusdig (modestly) or they will boil their children in hot soup. It took me a full week to recover from reading it,” wrote Dovid Teitelbaum in his blog.

Teitelbaum, a resident of Marine Park, NY, and a graduate of Yeshiva Torah Temimah, is the director of the popular Camp Sdei Chemed International.

As angry as the school was about the letter being released, they were even more irate about being contacted by JewishPress.com about it. A secretary from the school initially confirmed to this reporter that the letter came from them, then denied it. Moments afterwards, another woman claimed that the page was taken out of context and a letter from the principal was sent out along with the story, mollifying it.

“This school is a school synonymous with positivity, joy and serving Hashem,” the second woman explained, emphasizing that they stress that “Hashem loves us and does all for our best.” 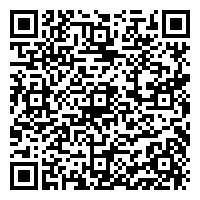