The information comes after a government-appointed committee last week released a report highly critical of Olmert’s decision-making process during last summer’s war with Hizbullah. The report prompted mass demonstrations and widespread calls for the prime minister to resign, but some analysts speculated his ratings could rise if he reaches out to his leftist base and conducts negotiations with the PA or Syria.

This column reported that in the weeks prior to the report’s release, Olmert, anticipating a major backlash, held meetings with leading leftist figures here during which he pledged to carry out Israeli withdrawals in exchange for their continued support.

The sources said Olmert told the leftist leaders he is willing to reach a final status agreement with the Palestinians, including an Israeli withdrawal from the West Bank – which borders Jerusalem and is within rocket range of Tel Aviv.

This week, Israeli political sources told WorldNetDaily that the secret talks with Abbas’s aides were held in advance of a meeting between Olmert and the Palestinian president.

Chief Palestinian negotiator Saeb Erekat confirmed that a meeting will be held between Olmert and Abbas in the coming days.

“There will be a meeting. We don’t have an exact date but we’ve been in contact with our Israeli colleagues and hope to hold talks very soon leading to the implementation of the U.S. backed road map, which calls for a Palestinian state,” Erekat told WND.

Olmert’s office said a meeting with Abbas will be set up, but denied there were secret talks in which pledges were made to the Palestinians.

Meanwhhile, Erekat told WND that Abbas, in a unity coalition with the Hamas terror group, is willing to negotiate with Olmert in spite of the unstable state of political affairs in Jerusalem.

“Look, we have our own turmoil in Palestinian politics, but that shouldn’t delay us from pursuing an agreement,” he said.

Meanwhile, a Hamas spokesman said in an interview that Abbas does not have full authority to engage in negotiations with Israel, and that Hamas will block any deal reached during “pointless” talks with Olmert.

“These meetings are pointless and do nothing to further the Palestinian cause,” said Muhammad Saleh Taha.

“We will not accept any negotiations with the occupier on the fundamental rights of the Palestinian people and their legitimate rights. [Hamas leaders] stressed that they had reservations about giving [Abbas] full authority in the negotiations,” Taha said.

They told WND that recent Israeli political and military moves embolden them to continue fighting the Jewish state, declaring the “Zionists” will soon be defeated.

“This report shows that the detriment started by us in the first intifada that brought the Palestine Liberation Organization to Israel, then the second intifada and the Hizbullah resistance that brought Israel to withdrawal from Lebanon (in 2000) and our rockets that brought about the Gaza withdrawal and this latest victory by Hizbullah, are all being accounted for as Israeli defeats,” said Ala Senakreh, leader of the Al Aksa Martyrs Brigades terror organization in the northern West Bank.

Muhammad Abdel-El, spokesman for the Popular Resistance Committees terror organization, told WND, “The psychological barrier that the Arabs can’t defeat the Zionists has been destroyed. It was destroyed in Gaza, in Lebanon, and now we are sure we can chase the Israelis from the West Bank and the rest of Palestine if we keep fighting.”

Abu Muhammad, a senior leader of Islamic Jihad in the northern West Bank town of Jenin, told WND, “Yes, the Israelis were courageous to publish this report, but it proves the Israelis are not like they once were, they can be beaten.”

In a rare admission, a senior Hizbullah official said that all of Hizbullah’s policies and activities are coordinated with the leadership of Iran, including the firing of rockets into Israeli population centers, for which direct Iranian approval is required.

“Even when it comes to firing rockets on Israeli civilians, when they [Israel] bombed the civilians on our side, even that decision requires an in-principle permission from [the ruling jurisprudent],” said Sheikh Naim Kassem, the deputy chief of Hizbullah, in a recent interview with Iran’s Al-Kawthar state television.

According to Israel’s Center for Special Studies, “the ruling jurisprudent,” or al-wali al-faqih in Arabic, is the title of Supreme Iranian Ayatollah Ali Khamenei.

Kassem says Khamenei’s authority is crucial for all Hizbullah operations:

“Hizbullah relied and relies still in its Islamic religious position, which has to do with its activity in general and its jihadist activity in particular, on the decision of [Khamenei]. The ruling jurisprudent is the one who allows and the one who prohibits.”

“We ask, receive answers, and then apply [them]. This is even true for acts of suicide for the sake of Allah – no one may kill himself without a jurisprudent permission [from Khamenei].” 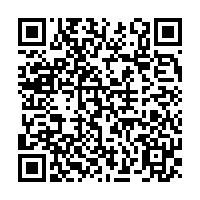