12:30 AM (Sunday) Syrian tanks shelling the town of Juvta Al-Chashav, 2 kilometers from the Israeli border.

11:50 PM Rebels looted and then burned 30 Turkish trucks at a border crossing.


11:45 PM Al-Arabiya reports that the Rebels have taken over the city of A-Ruchiyana near Ramat HaGolan.

11:30 PM Arab sources are reporting over 100 people were killed in Syrian-Rebel battle on the Syrian-Lebanon border within the past 20 minutes.

11:29 PM Heavy fighting reported on the Syrian side of the Hermon. The battle was heard by Israeli soldiers on the Hermon.

11:00 PM Reports that the Rebels are again trying to take over a Jordan-Syria crossing point.

Additional reports are coming in that the Jihad branch of the Free Syrian army on the Golan (“Golan Eagles Brigade”) took over three Syrian military positions near Israel-Syrian border.

And finally, the Free Syrian Army is reporting they have taken over crossing points between Syria and Iraq. 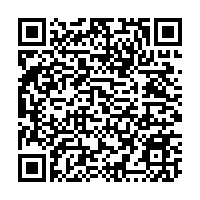