Tareq Qaadan and Jafar Azzidine on Wednesday suspended their 93-day hunger strike after a hearing held at a hospital near Tel Aviv, the Palestinian Prisoners Society told Ma’an.

Qaadan and Azzidine suspended their strike after an Israeli military prosecutor said their administrative detention order would not be renewed, the PPS said in a statement. Their current detention order expires on May 21.


They will consider renewing the strike depending on the outcome of the next hearing on March 6.

In Assaf Harofeh Hospital, where the prisoners are being treated, a military judge said she would reveal the secret charges and evidence against the men and issue a final decision at their next hearing, said lawyer Jawad Bulous.

Qaadan and Azzidine have been held in administrative detention on secret charges and evidence that even their lawyers have not been allowed to review.

Both men attended Wednesday’s hearing in wheelchairs. They were due to appear at Ofer military court near Ramallah on Tuesday but the hearing was postponed as the detainees were too sick to attend.

‘An Historic Moment’ as Etihad Airlines Flies Over Israel 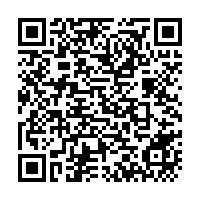