A University of Connecticut Law School student was arrested by campus police and charged with harassment and breach of peace offenses after a series of emails and online posts, West Hartford Eyewitness News reported.

According to court documents, Anya Bargh was picked up by police following the discovery of racist and anti-Semitic emails to university staff and students and “violent posts on the photo sharing website Flickr.”


Bargh, 32, a law student, was arrested last week, and Police say the arrest was based on emails she sent in February to the Student Bar Association regarding the search for the new law dean.

According to the report, three professors told police they had “bad encounters” with Bargh, because of poor grades, and also because she seems to have misunderstood their attempts to help her as sexual advances.

“Bargh has filed complaints against professors when she receives an unacceptable grade, and the professors feel that Bargh is tarnishing their reputations,” the documents state.

“I can’t believe that, especially as a law student,” law student Andraya Pulaski told Eyewitness News. “No. 1, you think you’re supposed to interact with people on a personal level, and two, you probably shouldn’t be saying those things. They’re really disturbing.” 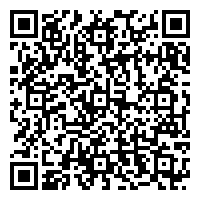