U.S. Ambassador to Israel Dan Shapiro told American Jewish leaders in Jerusalem Monday he is not going to make any comments on the life prison sentence of Jonathan Pollard.

The “Free Pollard” movement is seizing on the upcoming visit of President Barack Obama to promote its campaign that the President should sign the order to release Pollard from jail. He was sentenced to life in prison 27 years ago for passing on for Israel’s benefit classified documents from the Pentagon, a crime that usually merits a jail sentence of 2-4 years.

“He broke the law and was convicted. I understand that it bothers Israelis and Americans, and I do not want to talk about his release,” Shapiro told the Conference of Presidents of Major American Jewish Organizations in Jerusalem Monday night.

Earlier this year, Shapiro told the Knesset Foreign Affairs and Defense Committee that he “can’t speculate” on Pollard.

Mike Huckabee, who is in Israel with approximately 200 Christian evangelists, called on President Obama to free Pollard.

“I don’t think there is a price to be paid politically for the president in the United States for that, but there would be enormous benefit in terms of relationship with Israelis for him to make that announcement just prior to his coming, or even while he is here,” Huckabee said. 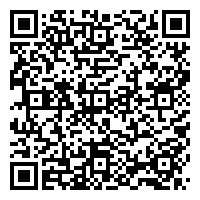