Israel’s Ambassador to the United Nations Danny Danon called on the international community to halt its funding of the United Nations Relief and Works Agency for Palestine Refugees’ (UNRWA) following the exposure of a severe corruption case at the highest echelons of the organization.

The media exposed last week a confidential internal report from the UNRWA office of ethics that details alleged abuses of authority among the organization’s senior management team.


The 10-page document cites “credible and corroborated reports” that top UNRWA officials have engaged in “abuses of authority for personal gain, to suppress legitimate dissent and to otherwise achieve their personal objectives.”

Danon stated Tuesday that the report “reveals alarming, but not surprising, findings.”
“In addition to propagating false information about its refugee population, UNRWA has in recent years worked to redirect world funds to continue this corruption industry that has served its leadership,” he charged.

He called on the international community, “which generously finances UNRWA,” to “immediately suspend the budgets assigned to the agency. The aid money should be gradually transferred to the UNHCR (UN High Commissioner for Refugees), instead of helping the UNRWA leadership continue engaging in a series of ethical offenses.”

“UNRWA has removed itself from the values expected of an international organization, and should not be rewarded for its internal corruption,” he demanded.

Jason Greenblatt, the US’ Special Representative for International Negotiations, stated on Twitter on Monday that the US is “extremely concerned about [the] UNRWA allegations. We urge a full and transparent investigation by the UN.”

“UNRWA’s model is broken and unsustainable and based on an endless expanding of beneficiaries. Palestinians residing in refugee camps deserve much better,” he added.

The US State Department announced on September 2018 that the US, the largest contributor to UNRWA with $350 million in annual aid, will make no additional contributions to the agency.

Explaining the dramatic move, State Department spokesperson Heather Nauert said Friday that “when we made a US contribution of $60 million in January, we made it clear that the United States was no longer willing to shoulder the very disproportionate share of the burden of UNRWA’s costs that we had assumed for many years.”

“The fundamental business model and fiscal practices that have marked UNRWA for years – tied to UNRWA’s endlessly and exponentially expanding community of entitled beneficiaries – is simply unsustainable and has been in crisis mode for many years. The United States will no longer commit further funding to this irredeemably flawed operation,” added Nauert.

The Swiss foreign ministry decided this week to temporarily stop its payments to UNRWA following the allegations. 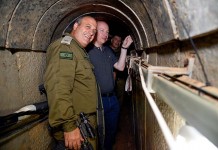 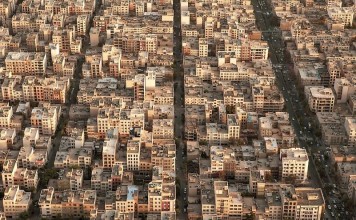