Extremist views are growing below the surface in Jordan’s tribal establishment. Discourse centers around the desire to “liberate Palestine,” renew relations with Hamas and generally support radical Islam.

Demonstrations in Jordan against Israel have been on the rise, as have expressions of hatred in Islamist circles of the Hashemite Kingdom.

Sheikh Trad al-Faiz, the head of the largest and most important Bani Sakher tribe in Jordan caused a stir in Israel when he visited the Negev in July. During that visit, he called on the Jordanian government to reopen the Hamas offices in Amman that have been shuttered since 1999.

“The government must respond to the demands of the Jordanian tribes and clans who demand to restore relations with the Islamic resistance movement Hamas,” said the Jordanian sheikh.

Efforts to reopen a Hamas received a boost with the surprise visit of former Hamas chief Khaled Mashaal in August. Before becoming the terror group’s top leader, Mashaal served as Hamas’s political bureau chief in Amman. Following the visit, Ismail Haniyeh, the current Hamas leader, thanked Faiz for his solidarity.

“Palestine is Jordan and Jordan is Palestine,” Faiz insisted while speaking at a festival earlier this year organized by the Islamic Action Front, a political party affiliated with the Muslim Brotherhood.

“If we neglect Palestine, then we are neglecting Islam,” he stressed. “Jerusalem is one, complete, Arab and Islamic, there is no East Jerusalem, or West Jerusalem, there is Jerusalem which is the eternal capital of the Palestinian people.”

The sheikh openly opposes normalization of ties with Israel and describes the Oslo accords as “a conspiracy against the Palestinian people.”

He is viewed as successful in connecting popular currents against Israel to the tribal and clan positions on Jordanian street.

In August, outgoing Interior Minister Ayelet Shaked barred him Faiz from entering Israel after it was discovered he had expressed support for terror attacks and distributed extremist materials.

“The sheikh’s entry visa was given by the National Security Agency. Following violation of the visa conditions and his serious incitement against the state, I banned his entry into Israel,” Shaked tweeted at the time.

Faiz himself now demands the Jordanian government comply with tribal leaders who seek restored relations with Hamas. Jordanian commentators say this is a significant change since the Jordanian tribes were not involved in political affairs until now — especially on issues of “Palestinian” ties and the “resistance.”

Even before Khaled Mashal’s visit to the kingdom, public figures began demanding renewed relations with Hamas and the reopening of its offices.

Jordanians now openly claim to the government that Hamas should be recognized “as the spearhead of the resistance project, and the relationship with it is an important strategic necessity.”

One example is Ali Saleh Al-Amruti, a public figure, who emphasizes that Hamas “proved itself to be an impenetrable barrier in the defense of the Palestinian cause.”

The head of the Jordanian Ba’ath Party, Fouad Dabour, expressed his support standing alongside Bedi Alrifei, a member of Hamas’s Shura Council, saying “Hamas is a large movement that opposes the enemy’s confrontation, and in Jordan we are of one mind on this matter.”

Faiz sweeps crowds with his positions and speeches, especially on the “Palestinian” issue. He has held a number of official positions, including serving as Jordan’s ambassador to different Arab countries, and working as a media advisor to the heads of the Jordanian government.

Faiz has hosted Sheikh Ekrima Sabri, who served as the Palestinian Authority-appointed Grand Mufti of Jerusalem from 1994-2006. Sabri denies that the Jewish Temple ever stood on the Temple Mount and has praised suicide bombers.

Faiz is also frequently seen in the company of Sheikh Raid Salah and Kamal Khatib, the leaders of Israel’s northern faction of the Islamic Movement.

His prominence is further boosted by his tribe. Faiz is the head of the Bani Sakher tribe, Jordan’s largest. He is considered a senior figure in tribal politics.

As such, he is very popular in all Arab countries, which led him to also visit Hebron last July, to try and make peace (“forgiveness”) between the city’s rival Ja’bari and Uwaii clans.

From Hebron, with Israeli approval, Faiz continued to the Negev accompanied by the Governor of Hebron on behalf of the Palestinian Authority.

Faiz’s entourage even stated that the purpose of the visit in July was to “emphasize the connection between the Negev and Palestine and Jordan.”

Faiz’s highly publicized visit was also viewed by the Arab community as a “natural response” to Mansour Abbas and his Ra’am party. Ra’am is affiliated with southern branch of the Islamic Movement; its support for Yair Lapid and Naftali Bennett was crucial for the Center-Left coalition that governed Israel for the past year. But Ra’am was bitterly criticized by the rival northern faction.

Faiz’s visit testifies to the northern faction’s efforts to ensure that the southern faction does not continue to establish itself in the Negev. 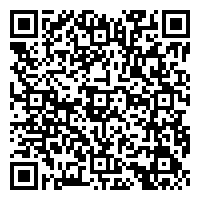