Today, Israel’s Prime Minister Benjamin Netanyahu called The New Israel Fund, an American non-profit organization as a group “hostile to Israel.”   As we have written repeatedly, the organization has sent hundreds of millions of dollars through the years raised from American Jews and others as they openly support a boycott of Israel.


As Prime Minister Netanyahu wrote today on Facebook “The New Israel Fund is a foreign organization that receives funding from foreign governments and elements hostile to Israel, such as from the fund of George Soros. The ultimate objective of the fund is to erase Israel’s Jewish character and turn it into a state of all its citizens, alongside a Palestinian nation-state that is free of Jews on the 1967 lines with Jerusalem as its capital.

For decades the fund has funded anti-Zionist and pro-Palestinian organizations, including those who slander IDF soldiers such as Breaking the Silence and B’Tselem and those who fight for Palestinian terrorists such as Adalah.  I do not know any Western democracy, especially the United States, which over time was prepared to tolerate hostile activity funded by foreign countries, as has been happening here in Israel with the fund for decades. Therefore, I asked coalition chairman Dudi Amsalem to lead the process of establishing a parliamentary committee of inquiry into the activities of the New Israel Fund, which endangers the security and future of the State of Israel as the nation-state of the Jewish people.”

Netanyahu added, “‘The main group to use European pressure on the government of Rwanda to withdraw from the plan to deport infiltrators from Israel is the New Israel Fund,” said the Prime Minister in a Hebrew post on his official Facebook page. Rwanda allegedly withdrew from a previous agreement with the State of Israel to accept deported migrants from Sudan and Eritrea because of ”European pressure” used by the New Israel Fund, wrote Netanyahu, the same day he announced the cancellation of an agreement that would have allowed migrants to remain in the country or leave for a Western nation.

This is not a right-wing or left-wing issue; it is a right-and-wrong issue. Jews – including prominent people – fund a boycott that harms the Jewish state. They must be held accountable. 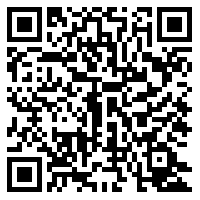