Pope Francis has become the third pope to visit Rome’s main synagogue in a visit considered a sign of Catholic-Jewish friendship. The chief rabbi of Rome, Riccardo Di Segni has noted that the papal visit is aimed at showing five decades of improving Christian-Jewish relations and interfaith harmony, at a time of Islamic extremist violence around the globe.

The visit comes at a time following concern about a new Vatican treaty signed with the ‘state of Palestine’, and Francis reportedly advised Palestinian leader, Mahmoud Abbas, that he was ‘a bit an angel of peace.’


New York real estate mogul Elie Hirschfeld greeted Pope Francis on his visit to the Great Synagogue of Rome. Hirschfeld noted, “This is a historic moment and moving that this Pope has made it a point to befriend the Jewish people.  As anti-Jewish sentiment has risen worldwide, this visit sends a message of unity and warmth, and this was an important gesture.”

Pope Francis is the third-ever Roman Pontiff to visit Rome’s Great Synagogue, following in the footsteps of St. John Paul II in 1986 and Benedict XVI in 2010. This visit included personal encounters between Pope Francis and representatives of Judaism worldwide, and the members of the Jewish Community in Rome. 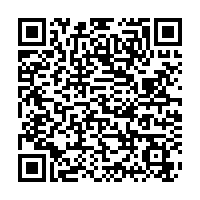