An Arab resident of Abu Tor in eastern Jerusalem drove himself to the Terem ER clinic in the city and reported he had been slightly injured after being shot at while passing through Route 60, a.k.a. the tunnel road, to Jerusalem from Gush Etzion on Saturday evening. Police said the driver was wounded by shrapnel and there were visible signs of gunfire damage to his car and windshield.

As a result, traffic going through the tunnels was diverted while the road was blocked and searched. Some motorists reported standing in a traffic jam for close to 90 minutes.


There were reports of a second shooting around an hour later, but no injuries or damage were reported.

According to unconfirmed report, the shooting was done with a Kalashnikov rifle.

The segment of Route 60 (Jerusalem-Gush Etzion-Hebron) which bypasses Bethlehem on the west is nicknamed the Tunnel Road. It was paved for the Israeli residents of Gush Etzion in advance of the transfer of the Bethlehem area to the Palestinians, as an alternative route to the Wallega road. A section of approximately 1.25 miles of Route 60 cuts through Refaim Ridge and Beit Jala Ridge, with two tunnels, one 300 yards, the other .6 miles, connected with a large bridge over the river valley. 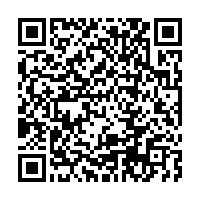