The National Football League’s New England Patriots held a moment of silence before the start of their nationally televised Monday Night Football game in honor of Ezra Schwartz, the Massachusetts teen who was killed in a Palestinian terrorist attack on Nov. 19 near Gush Etzion.

“It would mean so much to the people of Israel, to supporters around the world, and to Ezra’s family and friends if the Patriots could do something in his memory,” Lipman wrote to Kraft.

According to Ezra Schwartz’s father, Ari, his son was a passionate fan of the Patriots and football helped the family stay close while Ezra was studying in Israel for his gap year between high school and college.

“Football kept us connected and we loved it together,” Ari Schwartz said at his son’s funeral on Sunday.

Schwartz was riding in a van with five of his friends from Yeshivat Ashreinu in Beit Shemesh when a Palestinian terrorist driving in the opposite direction opened fire on the van and other cars stuck in traffic. The students were heading back to the yeshiva after handing out food to IDF soldiers.

“Ezra wanted nothing more than to help feed another person, to study Torah and his faith, and to live a life in peace. That opportunity was stolen from him and from us,” said a joint statement from Boston’s Combined Jewish Philanthropies and Jewish Community Relations Council.

Two others – one Israeli and one Palestinian (not the terrorist) – were killed in the attack in Gush Etzion, and seven were lightly wounded.

Raised in a family of five children, Schwartz was a recent graduate of Maimonides Jewish Day School in Brookline, Mass. He had attended Camp Yavneh, a Jewish summer camp in Northwood, N.H. The camp said on Facebook that its community is “heartbroken to share the sad news that long time camper and counselor, Ezra Schwartz, was murdered in a terrorist attack in Israel today.”

Schwartz was also a participant in the Jewish Agency for Israel’s Masa Israel Journey program.

“Ezra came to Israel not only to study but also to be a part of the vibrant Israeli experience. This makes his death even more tragic,” said Jewish Agency Chairman Natan Sharansky.

Five years ago Ezra and several other bar mitzvah boys from Sharon had pooled their money and donated an ambucycle to Israel’s United Hatzalah rescue service. Eitan Press, United Hatzalah’s digital media manager, attended the dedication ceremony in Sharon and spoke with the boys.

“It hit me like a ton of bricks when I realized that the amazing young yeshiva student who was killed here last week in a terror attack in Gush Etzion was Ezra from Sharon,” said Press, “and that his name had been riding on a United Hatzalah ambucycle here in Israel since 2010. Our volunteer medics responded to the attack but it was out of our hands.

“My heart goes out to the Schwartz family. May Ezra’s memory be a blessing. I have no words to express the loss I feel over Ezra’s being taken in this way. All I can do is echo the words of Lynn, one of the mothers of the bar mitzvah boys of five years ago: ‘It gives us such great comfort to know that Ezra’s name and neshamah are riding through the streets of Yerushalayim saving lives.’ 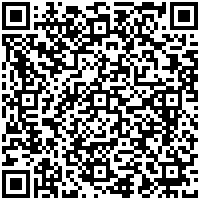