On Sunday evening, October 11th, over five hundred Israel supporters gathered in Times Square to show their solidarity with the Jewish State in the wake of the recent wave of terror. The event which began at 7:00 p.m. continued until after 11:00 p.m.

As people approached the rally location at the “red steps” on West 47th Street, a participant stood before the growing crowd and shouted , “We must let the world know that terror cannot be permitted to happen, that Jewish blood is not cheap and it’s unacceptable to attack Jews!”


That message was vigorously expressed with chants, singing, dancing, and prayers, all in the middle of Times Square.

According to one of the event organizers, Nofar Avigdor, the rally was organized just three days earlier with the creation of a Facebook event, which drew an enthusiastic response. By planning the event, Avigdor hoped “to bring a message of encouragement to the people of Israel that we too, here in the United States are deeply concerned about what is going on.” Avigdor stated that more rallies will be held in the near future.

Signs held aloft captured the themes of the rally, “Stop the Terror in Israel,” “Jewish Blood is Not Cheap,” and “End the Silence.”

Slogans were chanted, “We stand for Israel!” “Never give up!” and “Never surrender!”

The tunes of songs such as “Am Yisrael Chai” (The people of Israel Lives), “Mi SheMaamin lo Mephached”,(Whoever Believes is Not Afraid), and “David Melech Yisrael” (David the King of Israel ives Forever), were sung as the crowd enthusaistically danced in separate circles.

Some passersby joined, others posed for photos next to signs or Israeli flags out of support, and others looked on in curiosity.

Enormous circles were soon formed, Psalms were recited and short speeches of encouragement were delivered. Another event organizer, Ido Siman Tov posed the question, “Why are we here?” He continued, “We are here to support the Israel Defense Forces we are here to speak for those who cannot. For those who walk the streets of Israel’s cities in fear. We are their voice.”

Participants expressed their views about their participation in the event.

Michal from Fort Lee, New Jersey, emphasized the importance of recognizing that the threat of terror Israel is facing, threatens all societies, “The world has to wake up. Israel’s problems are eventually the world’s problems. Just look at Europe today. If we don’t wake up it will be too late.”

Tomer from Manhattan Beach, Brooklyn, expressing disappointment that too often the Israelis are falsely portrayed as the instigators of violence, said, “Israelis don’t want war but Israel must fight to end

terrorism. ” Citing the responsibility of the media to report accurately, Tomer added, “In America, We must also call to end media bias against Israel.”

Michelle, from Washington Heights, Manhattan, echoed that theme of media coverage. “It’s important to get the word out about what’s going on in Israel, since the media so often misrepresents what happens by accusing Israel of violence without mentioning that Israelis are the ones being attacked.”

Goldie, from the Lower East Side, Manhattan, stated “We must raise our voices louder so the world knows that Jewish blood is not cheap.”

“It’s sad,” reflected Arthur from Flushing, Queens, on the virtual silence of the world community to the daily attacks upon Israelis, “that the world turning a blind eye to Jewish suffering is nothing new.” 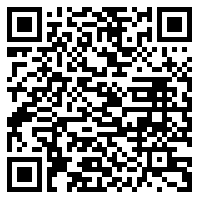