US President Donald Trump announced Wednesday that he has ordered US Treasury Secretary Steven Mnuchin to “substantially increase” sanctions on Iran.

“I have just instructed the Secretary of the Treasury to substantially increase Sanctions on the country of Iran!” tweeted the president, without specifying what or whom the financial penalties would target.

I have just instructed the Secretary of the Treasury to substantially increase Sanctions on the country of Iran!

Nearly a dozen cruise missiles and more than 20 drones that hit an oil field and an oil processing facility were launched from southern Iran, CBS News reported, citing a senior US official.

Tensions between Washington and Iran intensified since the latter withdrew from the 2015 Iran nuclear deal in May 2018. Sanctions were reimposed that were lifted under the deal, and new financial penalties were enacted as well.

Israel’s Prime Minister Benjamin Netanyahu praised Trump’s decision, saying that “Iran’s aggression has increased of late, including in the Gulf, and this is precisely the time to increase pressure and sanctions.” 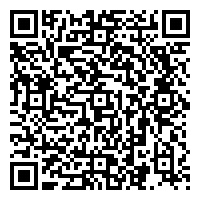