A large group of demonstrators gathered outside the Metropolitan Opera House in New York Monday evening to protest the opening performance of the “The Death of Klinghoffer.”

The John Adams opera, which debuted in 1991, depicts the 1985 hijacking of the Italian cruise ship Achille Lauro by Palestinian terrorists and the murder of Leon Klinghoffer, a 69-year-old Jewish-American passenger in a wheelchair.


Critics have charged that the production is anti-Semitic, exploitative, hostile to Israel, and sympathetic to terrorists.

In a symbolic gesture, protest organizers lined the street at Manhattan’s Lincoln Center with 100 wheelchairs.

Police had to block off several sections of the street and only allowed individuals with tickets to enter the opera house.

Most news outlets put the number of protesters at several hundred but Jeffrey Wiesenfeld, a prominent board member of several Jewish organizations who was one of the protest’s organizers and served as master of ceremonies, said the number was close to 3,000.

Giuliani, who told protesters he’d “been an opera fan 57 years,” described “The Death of Klinghoffer” as “factually inaccurate” and “extraordinarily damaging.”

Giuliani said that “as one who had occasion as United States attorney to investigate Yasir Arafat, I can say with certainty, that this murder was a pure act of terror for which there were no justifiable brief, it was part of a overall campaign of numerous terrorist acts of which this was just one, intended to make Arafat and his organization bigger players on the world stage….

The former mayor said the hijacking of the Achille Lauro “was not an act of people who are oppressed. This was the act of an organized group seeking international recognition by throwing a man in a wheelchair into the ocean and killing him.”

Giuliani noted that “the terrorist killers who murdered Leon Klinghoffer were set free just a short while later and not brought to justice. Arafat got himself a place at the international bargaining table. He made fools of all of us, for years, by taking our money but never agreeing to doing anything to bring peace to the Middle East. The truth should be told that this opera didn’t create, but it certainly contributed to, a romanticized version of the Palestinian cause and a romanticized version of terrorism…”

The Jewish Community Relations Council of New York released a statement Monday saying it is “deeply disturbed by The Metropolitan Opera’s decision to move forward with the production” of ‘Klinghoffer.’

“The opera’s juxtaposition of terrorists and their victims on the same moral plane is gravely inappropriate,” the statement continues. “Moreover, this production runs the risk of legitimizing acts of terror, which is particularly sensitive now as anti-Jewish attacks and expressions of hatred against Jews have reached frightening levels around the globe, and innocent American journalists have been cruelly beheaded by radical Islamists.”

The National Council of Young Israel issued a statement in September calling on the Met to cancel “ Klinghoffer.”

NCYI President Farley Weiss said “The Death of Klinghoffer is not an opera, it is an outrage. The Metropolitan Opera’s resolve to provide a forum for a show that glorifies terrorism and essentially downgrades the evil actions of the Palestinian Arab terrorists who brutally murdered an innocent, wheelchair-bound victim is a disgraceful decision on the part of the Met. 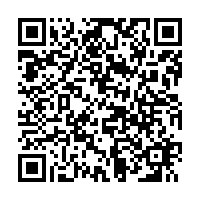