A Harvard University professor of medicine died this month on a Pakistani mountain with tefillin in his backpack.

Alex Goldfarb, 57, was an esteemed doctor and also an avid mountain climber. The Russian-born Goldfarb went missing two weeks ago on the five-mile-tall Pastore Peak, the 12th tallest mountain in the world. His body was found near the mountain’s summit.


“Even in Pakistan, Alex wore his yarmulke and tzitzis proudly. And he always brought his tefillin on the mountain,” said Rabbi Mendy Uminer of Chabad of Chestnut Hill. “Climbers measure everything they take with them. They even share a toothbrush. But, Alex wouldn’t go anywhere without tefillin. He took them to the highest and most remote altitudes you could find.”

Goldfarb was a regular at the Chabad, davening there on Shabbos before hosting dinners on his own. “I have a lot of people on Shabbos – 40-50 people – but Alex always had his home open to people who didn’t have a place to go,” said Rabbi Uminer.

“It wasn’t easy for Alex to get clearance even though he’s so well-respected,” Rabbi Uminer said. “He was so proud to show me he got clearance. He was sleeping on the floor in the hospital, and did it for almost a month.”

“Alex was a larger-than-life type of guy. There was this kid within him. He was joyful, always smiling, always happy to lend a hand,” said Rabbi Uminer.

“He had this kindred spirit. He lived in a different sphere. If you asked why Alex had to climb that mountain, then you didn’t know Alex. He just had a tremendous neshamah,” said Rabbi Uminer.

Goldfarb’s family has raised $100,000 for recovering his body, which is expected to arrive in America next week. 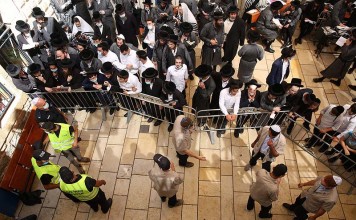 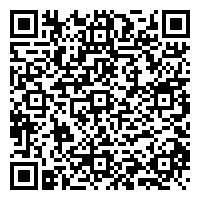