In celebration of Israeli Independence Day, we share a few of Liberate Art’s exclusive videos featuring artists speaking out for Israel.

In 2015, Liberate Art brought 7-time Grammy winner, Ziggy Marley, together with the Jewish National Fund (JNF) in celebration of their clean water initiative. Marley’s heartfelt expression of love for the Jewish state was picked up by numerous international publications and went viral. http://lanamelman.com/wp/ziggy-marley-accepts-shalom-peace-award-at-jnfuture-soiree/

Every year, comic Avi Liberman, raises awareness of victims of terror by bringing top funny men and women to Israel with his Comedy for Koby tour. In this interview, we talk about the importance of artists seeing Israel for themselves and how Avi came to embrace his Jewishness in his act. http://lanamelman.com/wp/avi-liberman-creating-emissaries-and-on-being-jewish/

At the end of last year, Liberate Art created a landmark event – the first anti-Israel celebrity panel – in conjunction with Israel Bonds and Wilshire Boulevard Temple called “Defending Artistic Expression.” Here, musician Alan Parsons states his opinion that “entertainers should stick to entertaining and stay out of politics.”  http://lanamelman.com/wp/alan-parsons-on-defending-artistic-expression-a-liberate-art-exclusive-video/

Although artists who support a boycott of the Jewish homeland like Roger Waters and Lorde get most of the attention, the vast majority of artists reject this bigotry.

In the words of Alan Parsons, BDS (boycott, divestment, and sanctions) “is a campaign for a boycott. It is not a boycott,” and that’s more to celebrate on Israel’s 70th. 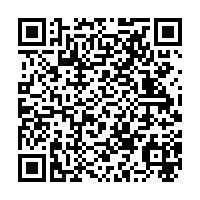