Groundbreaking and courageous. The current exhibition at the Jewish Museum has tackled what is easily the most vexing subject in the career of the most famous of Jewish artists: Marc Chagall (1887–1985) – namely, his persistent, indeed obsessive, use of the crucifixion as a symbol of Jewish suffering and persecution. The exhibition: “Chagall: Love, War and Exile,” under the expert direction of Senior Curator Emerita Susan Tumarkin Goodman, has traced Chagall’s lifelong fascination with the emblem of Christianity, especially in his work created during the Holocaust.


The voice of the artist rings loud and clear as he links his controversial images to specific events: Berlin’s anti-Semitic riots (1930), Hitler’s takeover (1933), the deportation of Polish Jews (October, 1938), Kristallnacht (November 1938), massacre of Vitebsk’s Jews (1941), among many other Holocaust horrors. Seen here, his work using the crucifixion dates from the early masterpiece, Calvary (1912 – Museum of Modern Art), to late in his career, In Front of the Picture (1971 – Fondation Maeght, Saint-Paul de Vence, France). Questions immediately arise: why did Chagall use this potentially painful symbol of the Jews’ persecutors to symbolize Jewish suffering itself? And more broadly, how successfully can appropriation of non-Jewish symbols be used to address specifically Jewish issues?

The fact that the Jewish Museum’s curator Susan Tumarkin Goodman presents these issues as the inescapable core of her exhibition demonstrates the courage to challenge her audience with deeply discomforting images and concepts. As far as I am aware this aspect of his work has never been this extensively examined in a major exhibition (see my review in this publication, “Chagall and the Cross,” May 20, 2011).

Marc Chagall, educated in Vitebsk’s traditional cheder and well familiar with his family’s Lubavitch beliefs, quickly absorbed the surrounding Russian secular culture, first studying art in St. Petersburg and then blossoming in Paris from 1911 as an archetypal but totally unique Modernist artist.

What emerged from this volatile cultural mix was an artist who could easily pursue multiple agendas simultaneously. Russian Jewish shtetl life, Eastern European Christian culture as well as transgressive modernist artistic freedom all came to be his artistic birthright. Significantly, this is exactly what gave him license to appropriate the Christian crucifixion to serve Jewish expression in over one hundred paintings and drawings over his lifetime.

Surely this is a highly idiosyncratic and ahistorical approach to an image found in every church and Christian dwelling.

This wanton use of a public symbol for private meanings is frequently a creative disaster, creating a confusion of meanings for a bewildered audience. And while Chagall is not totally immune from these pitfalls, a review of his repeated use of the crucifixion actually yields a more coherent program. By imbuing the image of the crucified with unmistakably Jewish characteristics such as a tallis, tefillin, beard and “Jewish features,” building upon the core fact that the Christian savior was in fact a Jew, inevitably surrounded by menorahs, rabbis clutching Torahs and the burning shtetl, he goes a long way towards transforming the Christian icon into a Jewish theme.

As the exhibition demonstrates, Chagall has multiple uses for the crucifixion: a personal reflection of himself as the suffering artist, the universal redeemer for Jew and Christian alike, the ultimate symbol of the suffering of the Jewish people under Nazi tyranny, as well as an expression of transgressive modernist freedom. In a very significant manner Marc Chagall is demanding that, if the Modernist revolution indeed freed creativity from the constraints of religious tyranny, academic conformity and soulless art, then a simple Jew from Vitebsk can freely appropriate the consummate Christian symbol for his Jewish ends.

The exhibition unfolds in three clearly defined sections: 1) Chagall’s social, artistic and political roots in the 1920’s and early 1930’s; 2) Chagall’s war years expressed with the crucifixion and 3) Chagall’s personal tragedy and recovery in exile. In the first section we see his early concern with Jewish life, each group of paintings wonderfully grouped under selective wall texts quoting his poetry that runs throughout the exhibition. Old Man with Beard (1931) competes with Interior of a Synagogue in Safed (1931) and Study for the Revolution (1937) to show the scope of his interests. 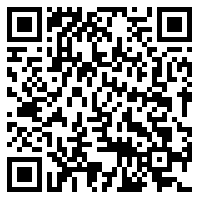