The recent works of David Gelernter, artist, author and professor of computer science at Yale University, compel us to listen and really see. His statements in the gallery video are riveting and his images, especially the Kings of Israel series are revelatory. It is in the dialectic between these two distinct approaches that we can understand his insight into the past and be guided into a present appreciation of Jewish Art.


Gelernter does not hesitate to proclaim that, ”Beauty is central to Judaism. There is no more fundamental drive in Judaism than the drive to be beautiful. It is intrinsic to Judaism, and it has to propel the art of Judaism…to be bold enough to take the lead.” What Gelernter has demanded is that we see the aesthetic component in the overwhelmingly textual and intellectual corpus of our Jewish tradition. What he points to is that the structure of our beliefs, the structure of our halacha, the methodology of Jewish thought from Tanach to Midrash to Talmud to commentary is deeply concerned with a sense of beauty, i.e. a unique aesthetic. And he has demanded that contemporary Jewish art reflect and appreciate that aesthetic. Nonetheless he recognizes that the artist does not operate in a cultural vacuum. “A Jew who doesn’t help himself to the best of Christian art is disgracing himself, turning his back on what rightly belongs to him, ideas he should be building upon.” And one might ask, what is it that “rightly belongs to him?” I would say both the elemental Jewish ideas embedded in Christianity (monotheism, justice, faith) and the notion that a visual aesthetic is one important way in which a people expresses itself.

Gelernter pictorially encounters Judaism in two spheres. One is the raw text. Many of the exhibition’s paintings are aesthetic confrontations with biblical or liturgical texts such as Sh’ma, Vehu rechum, Hamavdil, or Ashrei. He centers the text in the image written in an approximation of Ashkenazi Square Script found in many medieval Ashkenazi manuscripts. This gives the isolated phrases a kind of historical dignity and importance and therefore in many examples the text irreducibly dominates, forcing its primacy on both the composition and painterly invention that Gelernter clearly revels in. When other decorative elements (also inspired from medieval manuscripts) or the sheer tactile appeal of impasto and exotic materials such as gold leaf and liquid iron dominates, the text begins to be incoherent and teeters toward obliteration. While the resulting works have a lush beauty, an integration with sacred text or an elevation of the visual to dialogue with holy writ is elusive. Although the use of text in Jewish Art is as ancient as the Dura Europos murals and ancient synagogue mosaics, it is especially confounding for the contemporary artist if removed from well-worn contexts. The painterly and the typographic seem to exist only in an uneasy tension.

Gelernter’s recent series “The Kings of Israel” bravely confronts the troubled history of Jewish monarchy at its source. While we are all familiar with rabbinic exhortations to the contrary, Saul was a tragic failure, David a fugitive with a shameful past and Solomon corrupted by the excesses of power. Gelernter does not flinch from the bare bones of biblical history. Appropriating French medieval funerary sculpture of reclining kings (gisants), Gelernter has created “Jewish Gisants,” three massive paintings (each approximately 5’ X 3’) ominously leaning into the gallery wall. Read as Hebrew, right to left, we see Saul, David and finally Solomon. Each is appropriately labeled with his name as “King of Israel” much in the manner of the aforementioned tomb sculpture. But here the similarity ends. As these portraits of tragedy draw us back into the biblical narrative we reencounter the men who would dare to be Israel’s first kings. Saul turns his head in a profile of defeated agony that is made even more poignant by the tzitzis he has wrapped around his gnarled fingers. His piety could not prevent him from grievous error. Golden abstracted fingers attack his head as we understand there is no peace in death for this fallen Jewish king. 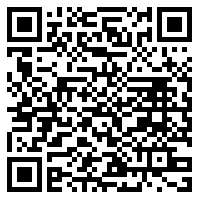