Boy Jumping into the Hudson River (1948) by Ruth Orkin reflects a tragic moment in the history of the New York photographic group, the Photo League. On the surface simply a carefree moment of urban youth, and yet dangerous. That year was the beginning of the end of a brave experiment in modern photography started only 12 years earlier. The Jewish Museum documents the efflorescence of Jewish visual creativity in photography in the current exhibition, “Radical Camera,” until March 23.

In 1936 the Photo League was founded in New York City by a group of young idealistic photographers, mostly Jewish and, typical of the time, many with liberal to left sympathies. “Justice, justice you shall pursue ” (Deut. 16:18-20) could easily have been their motto. Their goal was to promote documentary photography that would address the social issues of the day as opposed to the dominant Modernist photography that championed pure aesthetics; abstract form as pure visual stimulation.

The League became home to a group of photographers that produced some of the most significant images of their time. As social activism and progressive ideology demanded documentation, the advent of small handheld 35mm cameras in the 1920s allowed documentary photography to flourish. The League sustained itself by offering photography classes, workshops, lectures and inexpensive darkroom privileges. It sponsored numerous exhibitions of its member’s works and organized projects that explored the photographic potential of neighborhoods in New York City: including a Manhattan tenement (1936), the Bowery (1937-38), the rich and poor of Park Avenue (1937), and the Catholic Workers Movement (1939-40).

Ironically, in spite of their focus on a professed social program, they created powerful aesthetic statements that in retrospect are a major aspect of Jewish secular creativity. As the Photo League’s creation was an expression of its time, so too was its demise in 1951 at the hands of the House Committee on Un-American Activities that reflected the Red Scare starting in 1947. Brilliant essays in the catalogue, also reflected in text panels, by curators Mason Klein (Jewish Museum) and Catherine Evans (Columbus Museum of Art) and Maurice Berger, Michael Lesy and Anne Wilkes Tucker provide context and insight into the 150 images.

Orkin’s Boy Jumping is emblematic of the kind of aesthetics practiced by many in the Photo League. Patience was matched with impeccable timing and persistent observation. Their photo studio was the everyday world; the mundane fabric of city life became a palette with which to explore life’s mysteries, joys and beauties. The bollard (a post for tying up ships) in the right foreground visually connects with the two on the pier while it simultaneously balances with the young blond girl in the left foreground. Her backward twist propels us into the heart of the image, the boy leaping and the other figures on the pier. The sheer reckless courage of leaping at least 50 feet into the Hudson River summons a daredevil ebullition of summer youth. Orkin’s composition elegantly contains the unruly joys of growing up in Manhattan in the 1930’s.

The most extensive project the League supported was the Harlem Document (1936-40), the product of a “Feature Group” guided by Aaron Siskind. It endeavored to document a community in peril – its poverty, crime and rich social life. Among its many images taken in Harlem, Butterfly Boyby Jerome Liebling is a gentle masterpiece. This young boy is seen from slightly above, emphasizing his diminutive stature. Of course the comical gesture of holding his coat open in a wing-like motion becomes a metaphor for fleeting freedom and youth all too likely to quickly pass.

Another neighborhood that received considerable scrutiny was the Lower East Side. Almost all of the photographers were first-generation working class and felt quite at home downtown. One unusual aspect of some ten percent of the works in the exhibition is the adoption of an aerial perspective to capture the life of the streets and to simultaneously create alluringly abstract images. Pitt Street, New York(1938) by Sidney Kerner is notable for including not only a game of stick-ball, but also profiles of adjoining tenements, their fire escapes, ladies chatting on the sidewalk and another about to go into a local kosher butcher shop. For such a spare image it is remarkable how much it tells us about downtown neighborhood life. 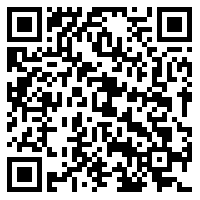