Michael and Judy Steinhardt are putting their magnificent Judaica collection up for sale at Sotheby’s in New York on April 29. The results of 44 years of diverse collecting will be on view from Wednesday April 24 and simply must be seen by anyone interested in Jewish visual and material culture. This epochal collection covering 1500 years of Judaica has already been previewed in Moscow, London, Tel Aviv and Jerusalem and makes its final showing before sale in New York. While the scope of the collection encompassing 386 items is indeed awesome, and the exhibition promises to be an exceptional and heavily attended event, it is noteworthy that one third of the works are priced under $5000 and conceivably within the range of more modest collectors.


The Steinhardt’s are of course well known for their many philanthropic endeavors, perhaps most notably the Taglit-Birthright Israel program, co-founded with Charles Bronfman, to enable every Jewish person between the ages of 18 and 26 to visit Israel. Their generosity and foresight has fostered a priceless connection of over 330,000 young adults with the Land of Israel and their Jewish heritage. Curiously, this role as a conduit between Jewish values and the larger assimilated world finds its reflection in some of their most notable items of Judaica.

Previewing the collection with Sotheby’s consultants David Wachtel and Sharon Liberman Mintz, they noted many items that absolutely demanded mention. One thing easily missed is that this collection contained possibly the most important assemblage of Jewish textiles ever to come on the market. A rich Italian silk brocade Readers Desk Cover, lot 104, competes with a brocade Torah Binder, lot 105, both 18th century, for our attention. In fact, there is a panoply of over 30 Torah Binders; embroidered, painted or otherwise decorated and reflecting differing customs throughout 200 years of European traditions. Many diverse aspects of Jewish life are revealed in these objects, such as a pair of Alsatian Passover textiles (1832), lot 183. Reflecting Alsatian folk art, this richly decorated “show towel,” used to cover the hand washing towels used during the Seder, is inscribed with the names of the family, an image of Adam and Eve in the Garden, a medallion showing the family at the Seder table as well as elaborate floral motifs.

Not unexpectedly, silver objects command a great deal of attention.  The English silver “Lord Mayor’s Dish” (1719), lot 84, is notable as one of 7 surviving annual silver gifts given to the Mayor of London by the Bevis Marks Synagogue between 1697 and 1719.  It represents the attempt to curry favor with the English authorities and gain acceptance of the Jewish community, only first allowed to return to England in 1655.

The early 18th century Venetian silver Torah crown accompanied by Torah finials, lot 77, is significant in that it has survived as a set. Its ornate baroque decorations animate the surface in a way that fully complements the sound of the bells suspended from the finials as they strike the inside of the crown, as they were designed to do whenever the Torah was taken from its Aron.

Equally rare is a bronze Lion-Shaped Aquamanile from north Germany (12th century), lot 51. It is the earliest of 4 known surviving aquamanile (human and animal shaped water vessels for ritual hand washing) bearing Hebrew inscriptions. The fact that this archetypical medieval object was almost certainly used in synagogue for the Levitical washing of the Kohen’s hands is a startling example of cultural crossover from Christian art into Jewish ritual.

The two undisputed masterpieces in the Steinhardt Collection are the 15th century Frankfurt Mishneh Torah (estimate $4.5M to $6M) – and the monumental illuminated 18th century Italian Megillat Esther (estimate $600,000 – $800,000). They both radically appropriate non-Jewish methodologies to champion deeply Jewish values. Each establishes a vital paradigm of how Jews can creatively operate within the larger world and at the same time proudly affirm core Jewish values.

The Frankfurt Mishneh Torah, dated to 1457 and sumptuously illuminated in northern Italy, is the second of two volumes, the first currently in the Vatican. Both volumes were written by the same scribe but illuminated by different artists. The artist of this volume has been identified by NYU Professor Jonathan J. G. Alexander as the “Master of the Barbo Missal,” known for his skill and refinement typical of the Ferrara school of manuscript illumination. This is the only Hebrew work he illuminated. 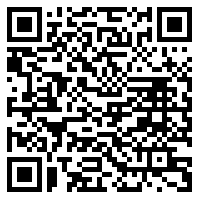