“Eicha. How she sits in solitude. The city that was full of people has become like a widow.” (Eicha 1:1)

The prophet Jeremiah is speaking of Jerusalem, a once proud city, turned to ruin with the destruction of the Holy Temple and the fall of its once-mighty citizens. He could have been speaking, rightly, of other tragedies throughout the centuries, including the Spanish Expulsion on Tisha B’Av 1492.


“Our inheritance has been turned over to strangers, our homes to foreigners.” (ibid, 5:2)

Spain, the Jews are gone with Ferdinand and Isabella’s Edict of Expulsion 1492. Their property and wealth confiscated, all Jewish assets have become part of the church and the crown.

Left in the newly united Spanish nation are Catholics and about 300,000 baptized Jews (those both willingly and forcibly converted), called New Catholics by the populace, conversos, and even marranos (swine).

And despite the threats of the Inquisition, there are still Crypto-Jews in Spain, trying to keep as much Judaism as they can, even if they do so only in their hearts.

One of the holidays the hidden Jews of Spain tried to observe was Tisha B’Av. According to University of Rhode Island professor, Dr. David M. Gitlitz, author of “Secrecy and Deceit, the Religion of the Crypto-Jews”, “The central theme of the holiday is calamity as a result of laxity in Jewish observance; for this reason, it was of particular importance to Crypto-Jews, who saw in their own circumstances a reflection of the events of Tisha B’Av.”

They called it tisabaf, Thesabao, the fast of Rebeaso and the Bitter Day, and they were fully aware it commemorated the destruction of Jerusalem and the Temples.

Dr. Gitlitz discovered the conversos’ observance of Tisha B’Av in the Inquisition records themselves.

“All her friends have betrayed her. They have become her foes.” (Eicha 1:2)

Friends and sometimes family turned Crypto-Jews over to the Inquisition, if they noticed any Judaizing customs in their homes. The Gomez sisters in 1588 were caught writing “the fast of the destruction of the temple two times” in their calendar. Maria Alvarez in the late 15th century confessed to fasting on “the Bitter Day”. Alfonzo Vaz Cordilha admitted that he ate on the floor on the eve of the “day they lost Jerusalem”.

Conversos tried to conceal their observance of fast days – they feigned being sick in bed, they went out early with their horses and didn’t return until dinner time, they made believe they were eating and hid the food on their plates, etc. Some kept the holiday of Saint Ann’s day on July 26 with great weeping, because it was the closest Christian holiday to Tisha B’Av.

Often Crypto-Jews were discovered by the food they prepared in their homes. Dr. Gitlitz wrote that “Judaizers” in Majorca, Spain, in the 1670s were caught eating lentils and eggs in July “in commemoration of the destruction of the Temple”.

According to Inquisition testimony, they created their own prayers for a fast. 1573, “You, L-rd, who created the heavens and the earth and separated day from night, remember me and receive this fast made in holy service to you.” 1593, Bernardo Rodriguez called out to the stars, “Blessed be the name of the L-rd who created you, may He help me bear this fast in contrition for my sins.”

In the 1700s, “…In this fast which today You have commanded, great G-d of Israel, I offer You my life, so that You may free me from jails, prisons and the other evils of this world. Amen. Blessed be the L-rd of Israel. Amen.”

Despite the dangers, Crypto-Jews continued to fast. Dr. Gitlitz wrote, “An auto da fe in Madrid in 1720 identified 20 families whose Judaizing included observing Jewish fast days and fasting for 24 hours.”

The Inquisition lasted almost four hundred years in Spain. The last execution by the Inquisition was held in 1826. As long as they were able to maintain their faith, Spain’s Crypto-Jews continued to secretly follow whatever traditions they remembered, hoping the day would soon come when they could openly return to their people.

The Women’s Performance Community of Jerusalem and OU Israel are bringing the story of a courageous converso family, The Family Aguilar, based on the Feldheim classic, to the stage in November 2018. “HIDDEN – The Secret Jews of Spain” is an epic musical production that will introduce to audiences the valor and vivid heritage of the Crypto-Jews of Sepharad. To follow the adventure today and through the show’s November 11 premiere in Jerusalem: wpcjerusalem.wixsite.com/wpcjerusalem, www.facebook.com/wpcjerusalem. 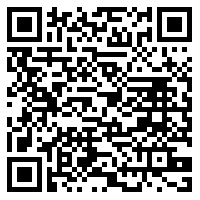