Two masters of modern photography are on view at the International Center of Photography; Chim (Szymin) aka David Seymour and Roman Vishniac. They are both Jewish and just happen to bring astute but radically different visions to Jewish photographic subjects. These brilliant, exhaustive exhibitions help us examine the fundamentals of what it means to create a Jewish Art in photography.

Chim, the byline that David Szymin expediently chose in the 1930’s, was for his time, “the photographer’s photographer.” He was the prototypical twentieth century European photojournalist, covering the most controversial subjects with an unabashed, left-wing perspective. He made it his business to be where the political action was happening. He was relentless in pursuing his photographic passions, working with like-minded journalists on assignments that included the destitute, the French working-class struggles, the Spanish Civil War and the unfolding drama of the emerging State of Israel. In 1947 he was assigned to travel with CBS reporter Bill Downs on a story called “We Went Back,” documenting post-war conditions in England, France, Belgium and Germany. At home with seemingly everyone, a UNESCO project documenting the effects of WWII on children perhaps showed him at his most sensitive. This exhibition exhaustively covers his entire career and is wonderfully curated by Cynthia Young.

Tereska is one of the most riveting images reflecting the mental devastation that the war engendered. As a survivor she cannot live with her memories, and when asked to picture a “home,” she depicts a horrible chaos. Taken in 1948, she was in a home for emotionally disturbed children in Warsaw. We do not know her background; we only know her mental anguish. The excellent catalogue essay by Carole Naggar comments that “very few of Chim’s European photographs pertain to Jewish issues, and the UNESCO project makes virtually no mention of Jewish children or Jewish DP camps.” Nonetheless, this image is unforgettable.

Chim was born David Szymin in Warsaw in 1911. His father published the leading Yiddish and Hebrew writers of the time, including Sholem Asch, Isaac Bashevis Singer, Sholem Aleichem among many others. Contemporary Yiddish and Hebrew thought was his lifeblood. Sent to study in Leipzig and then at the Sorbonne in Paris he blossomed as a photographer when forced to earn a living. Paris was the vortex of 1930’s Modernism and he soon met Henri Cartier-Bresson and Robert Capa, two cutting edge photographers with whom he would found Magnum, the photographer’s cooperative, 20 years later. Fundamental to their success as photographers was “The three men shared an uncanny ability to relate to anyone socially, from the destitute to the wealthy.”

Chim’s photographic work was almost always an assignment coupled with a journalist, resulting in a series of photographs rather than one iconic image. They worked for left-wing popular magazines documenting the devastating economic conditions of the 1930’s, increasing political and union unrest as well as anti-fascist agitation. When the Spanish Civil War erupted as the battleground between the democratic left and the oppression of Fascism, this was clearly the conflict for these journalists to cover and Chim was at the center of much of the three-year civil war.

Chim accompanied the exiled defeated Republicans to Mexico where he made his way to New York and eventual US citizenship – and a new name: David Seymour. WWII stranded him in the United States but eventually he served as an interpreter and photographic code breaker in the Army. His post-war years were very active but it is his work in the fledging State of Israel that especially interests us. There he found a perfect marriage between his leftist politics and Jewish roots.

The First Baby in Alma, Israel (1951) is an iconic image of parental pride and, ultimately, communal achievement. Alma, a moshav in the Upper Galilee was founded in 1949 and later settled by Italian converts known as the “Jews of San Nicandro.” From this Italian community most finally moved to Israel in the 1950’s, many settling in Alma. Somehow Seymour found them and the joyous occasion of their first child. The visual linking of the proud father, female infant dressed in a traditional Italian christening dress and the modest house compellingly communicates the faith, hope and determination of settling their new land. 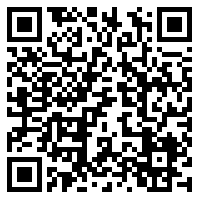