On Tisha B’Av I always choose an appropriate book to read to keep my mind on the biggest tragedy ever to befall our people. Last year I read Chains by Leah Gebber – a novel depicting the life of Jewish slaves in Rome during the time of the siege of Jerusalem and the destruction of the Beis HaMikdash.

When I realized it was dark outside and the fast must be over, I wandered into the kitchen, book still in hand, and continued to read as I broke my fast. I was more engrossed in the fate of Shulamit, Mariam and Chanan than in my food.


As Gebber writes in her preface, “There is no such thing as writing a book. Only living a story.”

For all of Tisha B’Av I lived the life of a slave in Rome.

Gebber tells a magnificent story. She includes minute details which help place the reader on the shaking wooden platform as Shulamit and the other Jewish slaves have their mouths pried open and teeth examined to assess their value as slaves. A reader will feel as if she is standing in the hot stinking kitchen of a Roman aristocrat and watching the pig slave trying to best an enormous boar and get it on the spit; hear the whip slashing through the air before it cuts into the back of a slave being punished and feel her heart thumping as she sits in the stalls in the arena watching the gladiators, groomed for almost inevitable death, fighting for a few extra moments of life.

Until now my knowledge of life at this time was limited to the disturbing and horrifying commentaries I sometimes read on Megillas Eicha. But those are mostly about life in Eretz Yisrael in the time period leading up to Churban Bayis.

Until I’d read Gebber’s book I didn’t even realize there were Jews who were captured or kidnapped by the Romans during the time leading up to the destruction of the Temple, as Shulamit was, and fettered and shipped off to the country which symbolized debauchery, depravity and decadence. Not only did she long for her physical freedom, she desperately missed her ability to connect with her Creator, as was shown by her mental torment when she realized that Pesach had come and gone and she had unwittingly eaten chametz. Her pain at feeling abandoned by G-d Who hadn’t given her any sign of the approaching festival was greater than any physical pain from punishment that she experienced.

Even today many people have the custom not to walk under Titus’s arch in Rome. This arch was constructed some years after Titus’s triumphant entry into Rome as the conqueror of Judea who quelled the Great Jewish Revolt. Titus took many months to journey from Jerusalem to Rome so that he could show the world the Temple spoils he had plundered and the thousands of Jewish slaves he had taken. He traveled through Beirut, Syria, Antioch and Alexandria, and in each place held public games where Jewish slaves had to fight wild animals.

The arch clearly depicts what was taken from the Beis HaMikdash and is the reason that to this day it is assumed that the Menorah and other items plundered are somewhere in Rome.

Gebber admits that she knew very little about this period of time before she embarked on a six-month journey of research into the life of Jewish slaves in Rome. Before she wrote a word of her story, which was first serialized in a charedi weekly magazine, she immersed herself in the life and environment of both the Jews in Eretz Yisrael at the time and those in Rome. She also delved into the political background in Rome, as the fate of the Jews was dependent on Roman law.

The Romans, famed for their straight roads and warped minds, were a cruel and depraved people but, as Gebber comments, “Rome was an incredibly law-abiding society – even if the laws were corrupt.” As the book progresses it becomes clear that this could work to the slaves’ advantage as a Roman wanting to rise in the echelons of power couldn’t be thought to be flouting the law.

The books Gebber used for research were everywhere: in her bag, by her bedside, in different rooms and in the kitchen, so that at any time, wherever she was, she could pick one up and delve into a different aspect of her characters’ worlds.

Her research took her as far as the British Museum in London which has several rooms devoted to this historical period. Here she was able to actually see, among many other things, the kitchen utensils that the slaves would have used and the jewelry with which the wives of the Roman aristocrats adorned themselves, details of which are all woven into her story.

But she doesn’t just give us insights into life in Rome. Gebber captures the mood and murderous in-fighting of the Jews in Eretz Yisrael during the crucial months leading up to the destruction of the Beis HaMikdash.

Most school-age children can tell you that the second Beis HaMikdash was destroyed because of sinas chinam, baseless hatred, and in Chains we see how the Jewish zealots were determined that, whatever the cost, there should be no hope for the Jews who thought they could hang on a little longer and try to make peace with the Romans. The zealots wanted to ensure that their fellow Jews would have no choice but to take up weapons and fight. We smell the smoke as Mariam opens her windows and sees her storehouses go up in flames along with any possibility of surviving the siege and providing food for her fellow Jews. The arsonists were not the enemies from Rome, but rather fellow Jews who wanted to force their hand.

Gebber surprised me when she said, “Josephus writes that Titus didn’t want to destroy the Temple. It would have been an amazing prize for him to show off to his fellow countrymen. It was the most beautiful and important building in the world.”

Jerusalem and Rome were like twin cities, probably the two most important cities in the world, but for very different reasons. They were two centers of culture, knowledge and scholarship. Jerusalem was the religious hub with thousands of Jewish pilgrims making aliyah le’regel several times a year, but non-Jews also came from all over the world, including from Rome, to bring sacrifices in the Temple. Destroying the Temple would be a loss to many of Titus’s own people as well.

Quoting Josephus, Gebber explained that Titus conferred with his counselors regarding the fate of the Beis Hamikdash which he referred to as “a sacred building, one more remarkable than any other human work.” Titus argued that it “should not be destroyed because if preserved it would testify to the moderation of the Romans while if demolished it would be a perpetual sign of cruelty.”

Gebber’s “villain,” Chanan, personifies the similar but contradictory aspects of Jerusalem and Rome. A rich Jewish aristocrat and a Kohen with a physical deformity which prevented him from serving in the Beis HaMikdash, Chanan abandons his wife, home and responsibilities to his people, to try to find fame and fortune in Rome. But being at once admired and mistrusted, Chanan finds that it is not so simple to ingratiate himself to the Romans. To the non-Jews, a Jew remains a Jew whose loyalty can never be relied on and who can never be fully trusted or accepted. Chanan’s complex character undergoes twists and turns throughout the story as his plans and fortune ebb and flow – very much the story of the Jew in galus today.

Since her youth, Tisha B’Av has been a day of great meaning to Gebber, but today her children know how much the day has affected her. Although she rarely involves her children in her work, it’s not every day that literary research helps you understand so much more about our own history. Gebber said that last Tisha B’ Av she and her children sat together on the floor and she read to them some of passages from Josephus writings.

While studying European geography in school recently, Gebber’s daughter wanted to make a cake in the shape of Rome’s Colosseum. After all, it’s a not-to-be-missed site for all tourists in Italy; it’s the largest amphitheater ever built and designated as one of the Wonders of the World. But her mother knew just what the Colosseum really represented. The building, although started by Vespasian, was finished by Titus, funded by spoils plundered from the Beis HaMikdash and built with the unpaid labor force of some of the tens of thousands of Jewish slaves forced into exile. It stands today as a reminder of all the horror and misery of Tisha B’Av and the destruction of the Beis Hamikdash.

This was not the design that Gebber felt should be on a cake baked by a 21st century religious schoolgirl who lives in Jerusalem. 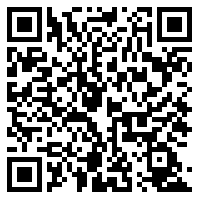