Tevye and the former Morasha settlers became the new pioneers of Olat HaShachar. It soon became clear that the only thing poetic about the new colony was its melodious name. The swamps smelled like rotten eggs and sulphur. Scorpions, spiders, and snakes crawled over its sands. Mosquitoes swarmed in the air like demons. “Isn’t it a blessing?” Shimon asked, waving his hand out over the vista below.

Miles of sand dunes and swamp land stretched out before them as Tevye, Nachman, and the overweight leader of the “Lovers of Zion” brigade stood on the crest of a hill overlooking the coastline terrain. A village of tents had been erected between the dunes to house the new pioneers.


“This is a blessing?” Tevye asked.

“Of course, it’s a blessing,” Shimon enthusiastically responded, as if his eyes saw orchards and groves filled with fruit. “Our own plot of land in Eretz Yisrael! What could be a greater blessing than this?”

“You call this land?” Tevye asked. “This is nothing but desert and swamp.”

“I am surprised at you, Tevye. You look far wiser than your words. I see in your eyes that you have the heart of a believer. Is it too much for God to turn what you see into gardens and vineyards? To quote from the Scriptures: ‘Is the Lord’s hand too short?’”

“The Lord can do whatever He pleases. The question is, can we?”

“If we can’t, then nobody can. This is the land that God gave us. Surely, if we set to the task with trust in our Maker, our Rock shall not fail us.”

“With God’s help, we can turn these swamps into cities,” Tevye’s son-in-law said.

“I think both of you are dreamers!” Tevye answered. “A Jew is called upon to have faith, but suicide is forbidden.”

Tevye’s skepticism seemed to puncture their bubble. Even the energetic Shimon was momentarily quiet.

“How many of your men have already been lost?” Tevye asked.

“Three,” Shimon admitted. “But their lives won’t be in vain. We’ll dry up this swamp, you’ll see. We have waited two thousand years to return to our heritage, and we are not going to let some bothersome mosquitoes stop us.”

Tevye gazed at the young settlement leader. In a way, he reminded Tevye of Ben Zion. He spoke with the same fervor and had the same happy gleam in his eyes. The only difference was that Shimon had a beard, and while Ben Zion had relied upon his own strength and cleverness, Shimon relied upon God’s. His faith was as big as his bulk. What Goliath had been blessed with in height, Shimon had been blessed with in width. But it was the muscle of a bull, not fat, proving he was no stranger to work.

“You actually expect us to go into that quicksand to dry it up?” Tevye asked.

“How else?” Shimon responded.

“It’s a job that has to be done,” Shimon answered.

“Rishon Le Zion was once all swamp land too,” Nachman noted. “With hard work and God’s help, we will succeed in transforming this wasteland into a paradise for all Jews.”

“Both of you are crazy,” Tevye said.

Not only Shimon and Nachman were crazy. It turned out that all of the “Lovers of Zion” had their heads in the clouds. Not that they were mystics in the traditional sense of the word. Tevye didn’t see any of them walking around with the holy Zohar, but they all had a towering, supernatural faith in their mission.

Nachman tried to explain their great passion. Unlike popular legend, he said, the Zionist movement had not started with Theodor Herzl, but with the great rabbi, the Gaon of Vilna, more than a hundred years earlier. Possessed with a prophetic spirit, the renowned scholar had urged his students to make the long, dangerous journey to Eretz Yisrael With tears in his eyes, he warned that only in Zion would the Jews find a refuge from the horrible persecution which was destined to befall thcm in Russia and Europe. Faithful to their teacher’s command, his students had been the first Jewish pioneers to have reached the shores of Palestine during the first wave of immigration, or aliyah. Other great rabbis took up the call of the Gaon in rallying the Jews to wake up from their Diaspora slumber. The time had come to fulfill the words of their prayers and the longings of generations to return to the land of Zion and Jerusalem. Rabbis Guttmacher and Kalisher founded the “Lovers of Zion.” In fact, Nachman insisted, it was another great spiritual leader, Rabbi Shmuel Mohaliver, who inspired Baron Edmond Rothschild to support the Zionist cause. Naturally, as the movement spread, Jews from all walks of life became enthused with the dream of building a homeland in Zion, free from the oppression that had hounded them for nearly two-thousand years of wandering in foreign lands. For some, like Herzl, the new Jewish State would solve the “Jewish problem” by providing a political refuge for the Jews. For others, like Perchik and other disillusioned Marxists, it was a chance to build a new social utopia. And for the followers of the Vilna Gaon and the “Lovers of Zion,” the Jewish national revival in Eretz Yisrael was all of those goals, but also something much greater. The re-establishment of the Jewish nation in Israel was to be the harbinger for the Kingdom of God in the world, ushering in a time of universal blessing and peace. 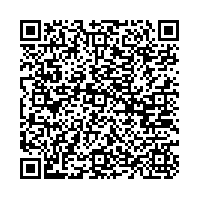