They came to Citi Field and Arthur Ashe Stadium in Queens, New York, by car, by bus, by boat and by plane. They came from Queens, Brooklyn, Manhattan, Monsey, Lakewood, Monroe, Montreal, Belgium, and other observant communities. They came in the tens of thousands – an ocean of black hats and conservative attire. A majority were chassidim and a large minority were yeshivish.


They came to hear a reiteration of the downside of the Internet and our obligation to filter and control its contents. Rabbi Menashe Frankel, Lakewood Torah activist, served as chairman.

The calls of “Mi laHashem eilai” (“Who is with G-d should join me”) and “Es la’asos laShem” (“now is the time to act for Heaven”) were repeatedly proclaimed by the speakers, When Rabbi Salomon ascended the podium, many in the audience rose and sang. His message was clear: We are commanded by the Torah to have children and we are invested with the obligation to raise them properly. The Internet poses a grave threat to that mission and must be dealt with.

Some of the speakers called for the Internet to be thrown out. Our Torah civilization has existed without it until now, they stressed, and we will continue to live without it. Other speakers, more realistically, called for self-restrictions to be imposed. Controls such as filtering services (many of which are free) are continuously updated.

Other suggested restraints included not using the Internet from erev Shabbos until Monday morning, no cellular phones in shul at any time, no Internet service in homes, and filtering all business usage. Home use of the Internet was completely forbidden by some speakers, while others reluctantly allowed it with filtering.

Particulars of the event will be discussed and debated in detail in the weeks to come in every beis medrash and home in frum communities. The reverence with which participants came to and left the event was beyond words. The representation of almost every leading chassidishe rebbe in the greater New York area ensured that this would be a singularly important event.

The large police presence and the stadium staff were exceptionally polite and courteous. Threatening clouds caused planes flew low in their approach to nearby La Guardia Airport. With a frequency of one plane every four minutes or so, the thunderous noise lent the event a surreal aura. 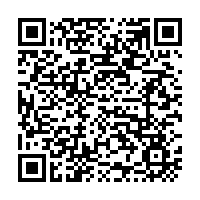