Two-year-old Chana and her brother, four-year-old Menachem Yosef, have been placed with two different foster-care families in Rensselaer County in upstate New York. One family is headed by a couple that has pledged to raise the child as a believer in Jesus; the other is headed by two women.


Both families hold beliefs or live lifestyles that are protected by laws we are duty-bound to respect. Nevertheless, we must question the judgment of assigning these children – whose mother has expressed the desire that they be brought up in an Orthodox Jewish environment – to these particular households. The case has taken on added urgency now that adoption seems to be imminent.

Our passionate protest is needed. The unfortunate mother, who is unable to raise the children, is understandably upset. A number of Jewish families have indicated their eagerness to adopt Jewish children. The Jewish community is privileged to have several organizations that are in place to help in such situations.

The proper handling of foster-care assignments and adoptions must become an absolute priority, and it is vital that we communicate our concerns to our elected representatives in the State Senate and Assembly.

Rabbi Noson Leiter (cell and text: 845-642-1679; e-mail: torahjewsfordecency@gmail.com) has taken the lead in this matter. He cannot, however, carry the campaign alone. He needs help in this holy cause.

This year’s Agudah Convention, which had been scheduled for Thanksgiving weekend in November, was rescheduled due to Hurricane Sandy. Instead, the convention was held from December 27 through December 30 at the Hilton East Brunswick in New Jersey. This year’s theme was “Our responsibilities to One Another in Times of Challenge.” Rabbi Menachem Lubinsky, of Lubicom Marketing Consulting, served as convention chairman.

The Thursday late night session included a much-needed meeting to discuss “New Strategies in the Shidduch Realm.” Friday morning’s session included a meeting for Agudah-affiliated congregational rabbis on dealing with the increase of divorce in the observant community. A second meeting focused on the issue of traditional circumcision rituals now under attack. A third meeting focused on building on the success of the Daf Yomi Siyum HaShas, held last August at MetLife Stadium in East Rutherford, New Jersey.

The Friday night Kabbalas Shabbos session was privileged to hear Rabbi Yisroel Belsky, Rosh Yeshiva of Torah Vodaath. Rabbi Belsky, the preeminent halachic authority in the American yeshiva world, just returned from leading an important Torah support group trip to Russia. His participation in the convention was particularly gratifying to all those present, as he had recently come through a medical emergency.

The Motzaei Shabbos Centennial Banquet honored Agudah’s 100 years of service since its establishment in Katowice, Poland.

The chassidishe community in Lakewood is geared for an intense Shabbos to be led by Rabbi Chai Yitzchok Twersky, Rachmestrivka Rebbe in Boro Park. Shabbos Shemos, January 4-5, will have the Rebbe lead tefillas and tisch. Thousands are expected to participate. Special committees have been working tirelessly in preparing every detail, especially in arranging lodging and hospitality for the many chassidim who will come to Lakewood for the important Shabbos. 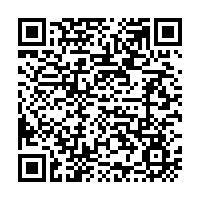