Rabbi Rafael Aaron Roth, Shomrei Emunim Rebbe of Bnei Brak, will be participating in his son’s wedding on Tuesday, January 29, 2013, in Monsey. The son will marry the daughter of Rabbi Yesochor Dov Rosenbaum, Stanislover Rebbe in Monsey.

The celebration will begin with a Shabbos Beshalach aufruf in Boro Park, January 25-26 at Beth Jacob Hall at 1371 46th Street. Minchah erev Shabbos is at 4:45 p.m. and the Friday night tisch will begin at 9:15. Shabbos Shacharis is at 9 a.m., followed by a grand kiddush and the Shabbos noon meal. Minchah and shalosh seudos is scheduled for 4:45 p.m.

The Shomrei Emunim Rebbe will be joined by hundreds of chassidim from Israel. In addition, chassidim in New York, including Stanislover chassidim, will join in the Shabbos aufruf events. For lodging and hospitality arrangements, hachnassas orchim committee leaders can be reached at 347-871-4768 and at 202-213-9921.

In accordance with the instructions of the last will and testament, succession was announced at the end of the shiva period. Rabbi Eliezer Chanoun, the late rebbe’s gabbai, stepped outside to inform the waiting chassidim. The rebbe directed that until after the yomim tovim, which included the shloshim period and Sukkos, the sons were to remain together with all the chassidim in the Shomrei Emunim beis medrash in Meah Shearim. The beis medrash in Meah Shearim was inherited by the late rebbe as son and successor of Rabbi Aaron Roth, zt”l (1894-1947), author of Shomrei Emunim and Shulchan Hatahor.

The group was at Magnalitza, Koznitz, Kealtz, Cracow, Sanz, Rimanov, and at Dinov, where a night was spent at the hachnassas orchim facility and where, the following morning, the group prayed at the gravesite of the Bnei Yesoschor. In Rudnik they were at the gravesite of Rabbi Elimelech of Rudnik, zt”l, on the day of his yahrzeit. From Shiniva the group entered Ukraine, stopping in Belz, Ludmir, Trisk, Nechshiv, Malinov, Yampola, Ostrow, Anipoli, Shpetivka, Polna, Zhvil, Kuristan and Vilandek, where the group visited the gravesite of the Vilandeker Tzaddik on the day of his yahrzeit. From there, the group proceeded to Anatevka (of “Fiddler on the Roof” fame) and to Kiev, where they visited the ohel of Rabbi Dovid of Skver (1848-1919), zt”l. 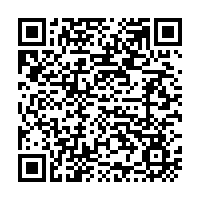