The recent incarceration of yet another Broward County judge for D.U.I. as well as the spate of charges and arrests of several South Florida mayors have the local community shaking their heads. Is it something endemic in our water or sunshine or is giving in to the face of temptation just a usual part of life?

We are commanded not to put a stumbling block before the blind, yet the fact is that we are all blind when it comes to our own particular weaknesses. The triggers are many. It may be an insatiable quest for wealth or fame or what we think of as success. It may be our own ambitions grown out of control. It may be our own sense of entitlement, or a misplaced justification of our actions or a desire to be “happy.”


We give ourselves permission. We justify our behavior. We exonerate ourselves of blame.

How can we overcome the lapses that seem inherent to the human condition? Is there a cure?

The Shavuot holiday holds the only antidote to the dilemma. The redemption from Egypt released bodies. The revelation of Sinai gave the tool to liberate souls.

The acceptance of the yoke of Torah law creates an individual who has a chance to fight his own ego, to go against his own impulses, to face seduction and win,

Public figures and ordinary citizens alike encounter appetites and desires that could run amok. Those who have a higher calling will end up on top. 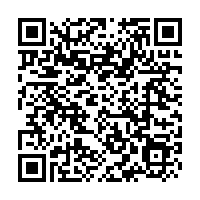